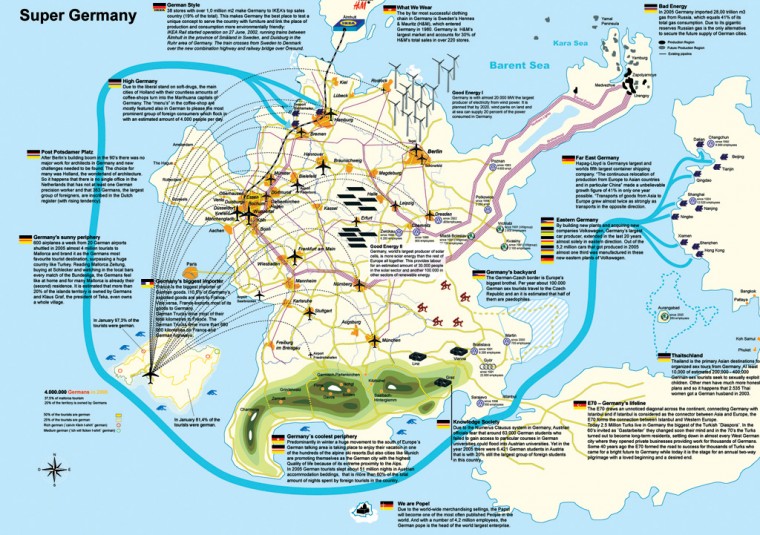 The aim of the study is to show on three different levels what is Germany, what the German city, and who the German citizen. Firstly, we take the superlative, and secondly the average.
Taking the superlative we obtain a deformed map of Germany that shows the unofficial borders of the country and also how Germany ¨colonizes¨ or uses other territories, such as Mallorca. That island is the sunniest part of the German periphery, where – apart from being connected to most German cities, having German shops, radio stations, doctors, magazines and clubs – some areas are owned outright by Germans.
The legend shows what the average German city would be like in these terms: size, number of petrol stations, solar panels, the number of Media Markt shops….and so on. 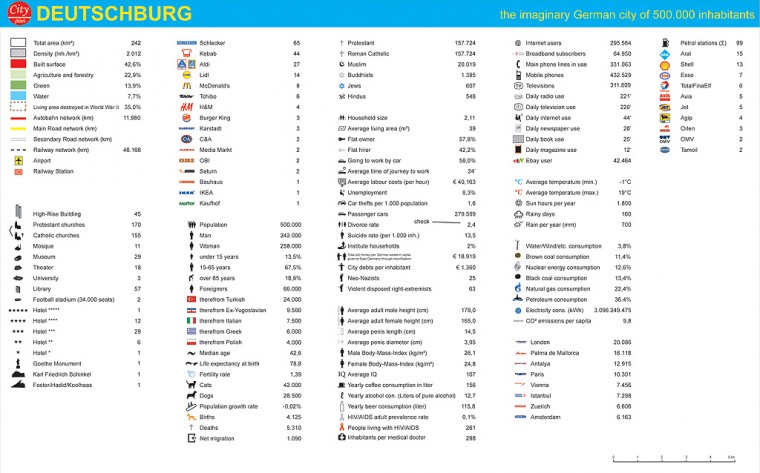