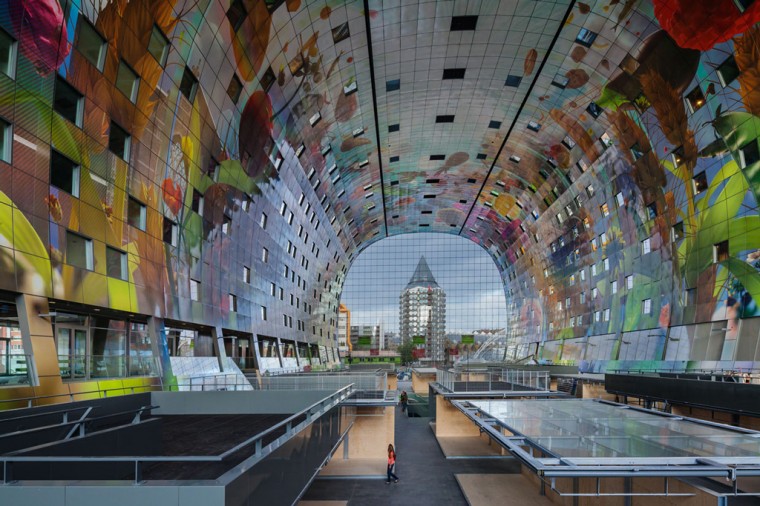 Beatriz Ramo and Bernd Upmeyer spoke on behalf of MONU with the Dutch architect, landscape architect, professor and urbanist Winy Maas.
Maas is one of the co-founding directors of the globally operating architecture and urban planning firm MVRDV, based in Rotterdam, Netherlands, known for projects such as the Expo 2000 and the vision for greater Paris, Grand Paris Plus Petit.
The interview took place on August 29, 2014 in his office in Rotterdam.

↑image above: Interior of the Markthal. © Courtesy of MVRDV