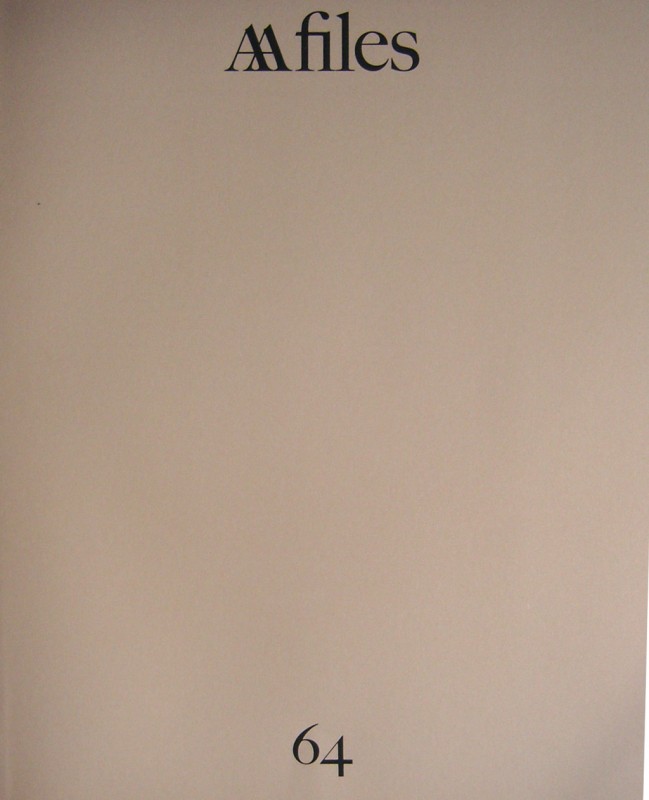 AA files, the magazine of the Architectural Association in London, has published in its last issue a special edition of O’Mighty Green. For this occasion we produced a new image featuring an eco-edition of the house that Adolf Loos designed for Josephine Baker in 1927. Please send us an email to star@st-ar.nlif you wish to receive the PDF of the article. Get a subscription to AAfiles here

In 1797 the Spanish artist Francisco de Goya produced a series of 80 etchings collectively titled Los Caprichos, of which plate 43, El sueño de la razón produce monstruos (The Sleep of Reason Produces Monsters), became its most emblematic. Each print offered a condemnation of different factions within eighteenth-century Spanish society, from the ignorance of the ruling class to the mysticism of the clergy – caricatures so grotesque and uncompromising that in 1799 Goya was forced to retract the series from the art market.

More than a century and a half later, the Italian architectural collective Superstudio produced their own series of collages titled Il Monumento Continuo (The Continuous Monument) as a critique of what they considered two prevailing falsehoods. As defined by Superstudio’s Adolfo Natalini, ‘The first maintained that technology was going to solve everything, and the other that the monument was the most powerful way for society to express itself. So in order to demonstrate that both ideas were false, we put them together and pushed them to reveal their extreme consequences.’ But in contrast to Los Caprichos, the resulting collages turned out to be so beautiful that rather than understanding them in the way they were intended, as an anti-utopia, architects fell in love with them to the extent that they became a new architectural typology. As Natalini joked in 1970, after first seeing Cesar Pelli’s US buildings, he could immediately stop making collages of continuous monuments because reality had far surpassed his dystopian fantasies.

Given this pre-history, we may well be too late with our own O’Mighty Green critique. This began as a virtual attack on the green demagogy that has been spreading so rapidly in the name of sustainability, but which more recently has been overtaken by the opulent, fecund green coats that so many buildings seem to physically sport these days. These new green archi-creatures have become caricatures of the sustainable ideology they so noisily champion. But look closely, and all that glitters is not gold, and all that is green is not sustainable. Architecture needs to wake up from the cosy naturalism of its dreamy sustainability. The sleep of reason produces monsters; very green and hairy monsters. 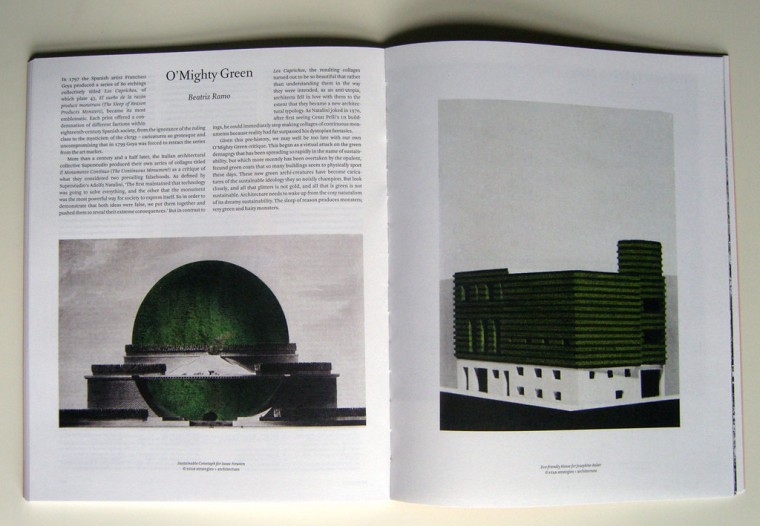