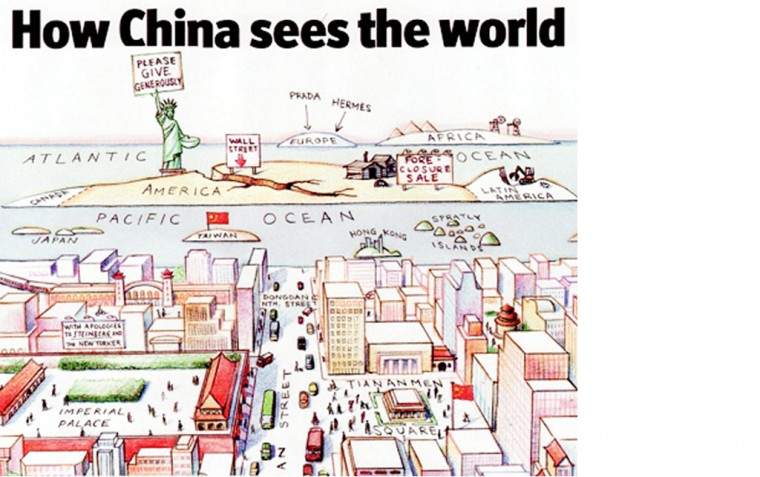 Beatriz Ramo took part in a new edition of the Postgraduate Diploma in Design, Environment, and Architecture of Elisava School. The presentation and workshop took place on April 20 – 21 in Barcelona, Spain. The theme of the course was Barcelona Post Oil (Post-Oil Cities).  The course was directed by Ignasi Pérez Arnal and conducted by Carlos Sant’Ana, Marisa Rebocho, and Luis Sabadell.

Beatriz Ramo presented maps and studies from the work of STAR and some examples of the most influential graphics that have been published.

↑image above: © Illustration by Jon Berkeley for the cover of The Economist of March 2009 -inspired by the cover of March 1976 by Steinberg for The New Yorker.