The city of Elche is carrying out its biggest and most relevant projects during one of the worst economic crises: the Mirador del Palmeral (Palm Grove Viewpoint), the regeneration of the riverbanks, etc.
This could result in the design of more intelligent projects with more substantial and clearer development strategies that could have never been conceived in the maniera of the previous economical context.
The municipality now proposes the construction of a new auditorium as an emblematic building for the city.

We believe that strategic interventions, rather than simply iconic ones, are the only valid answers to the demands of this competition. In a time when private and individual interests are taking over, we want to bring the focus back on the generation of public spaces in cities. Let us use this chance to reinvent the relationship between the public building and the city through the public space.

The brief requires an emblematic element. We should not misunderstand this to mean an egocentric element. During the most recent period of economic prosperity, the Iconic Building confused the term Emblematic with Egocentric. The Auditorium of Elche will be emblematic because of its combination of programmes, its capacity to generate urban life, and its large public square. The intervention will revitalize the Carrús district and will bring cohesion between it and the city through the generation of a public space.

Real Sustainability vs. Symbolic Sustainability
We are tired to see that in a desperate search for conviction, architects add the green overlay to the final renderings of their designs. This ‘green-washing’ has replaced sustainability, which has lost its real meaning; it has become more and more banal to the point of becoming a symbolic and almost cynical term. From now on, we would like talk about strategy instead.
In the Elche Auditorium we will develop a strategy of economical, social, and environmental durability to ensure its success and to avoid it becoming obsolete and inadequate in the course of the coming years.

Linear configuration: STREET Building vs OBJECT Building:
The programme of the Auditorium of Elche is organized in a linear way, as in a street. This configuration frees up half of the site, allowing for the creation of a large space running parallel to the building that will be used as a public square, instead of the two residual spaces that are envisaged in the official plans
Each programme of the building has a direct relationship with the square, creating a STREET building, rather than an OBJECT building. This approach opens many possibilities and activates the site enormously, avoiding the typical problem of front/back façade. The design is an appropriate response to contemporary requirements. This would have been impossible with the traditional OBJECT building.
The linear organization of the programme plays a crucial role both in the generation of the building and in the generation of the Public Space. In spite of the necessary modification in the current planning rules we change the small green area, as the enormous potential it brings renders it inconceivable to maintain the current alignment. The Square and the Building as one.
The shape of the building is the result of a collage of functions trying to achieve the biggest potential of the main room and the most attractive relation with the new public space. The circulation volume is placed in the façade, becoming a continuation of the street. We programme exhibition spaces in the circulation route so even when the building is closed, the exhibition will be visible from the square.
There is no façade, but rather an honest section that changes daily, establishing a direct dialogue with the square. It becomes the representative image of the building, always dynamic. As a result we are creating a much more urban rather than architectonic intervention.

The width of the building (27 m) is based on the width of its largest room: the main hall with a capacity of more than 1500 seats (24 m along with the 3 m volume of circulation).The remainder of the volumes is placed in line and at different heights in relation to the main room. This generates the most flexible and versatile spaces, as extra rooms can be annexed to the main room, therefore inspiring new events and performances.

The square runs parallel to the Auditorium and it is of similar size: 120 x 26 m. We only design 4 small parts of it using the Palm as the main motive. We aim to create a place to host all kind of events, and we don’t want to cut any potential by over-designing the space. The roof of the Auditorium becomes a continuation of the Public Space. It may work with, or separate from, the building. The volume of circulations is independent too. The resultant public space is of an incredible quality and potential; one at the ground floor level and the other overlooking the city. We almost provide as much space as was available in the original empty site. The open air cinema on the terrace will attract hundreds of visitors during the many warm nights. The Magic Box:
We invest the budget in the functions of the building rather than in its shape. The main hall of the Auditorium requires the possibility of hosting all kind of events, from small poetry readings to mega-concerts. None of the existing halls can accommodate the entire event range. By studying the traditional ”box” we see that by implementing three changes we can generate a much more flexible and useful box – the Magic Box – capable of hosting all the known events and inspire many new ones: operas, congresses, pop concerts, readings, fashion shows, sporting events, banquets, theater plays, symphonies, lectures, projections, techno parties, stripteases, …
– – – 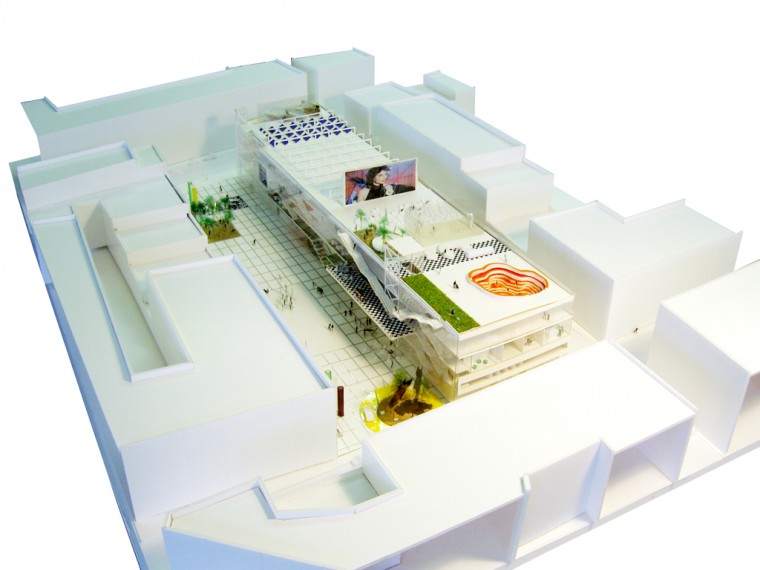 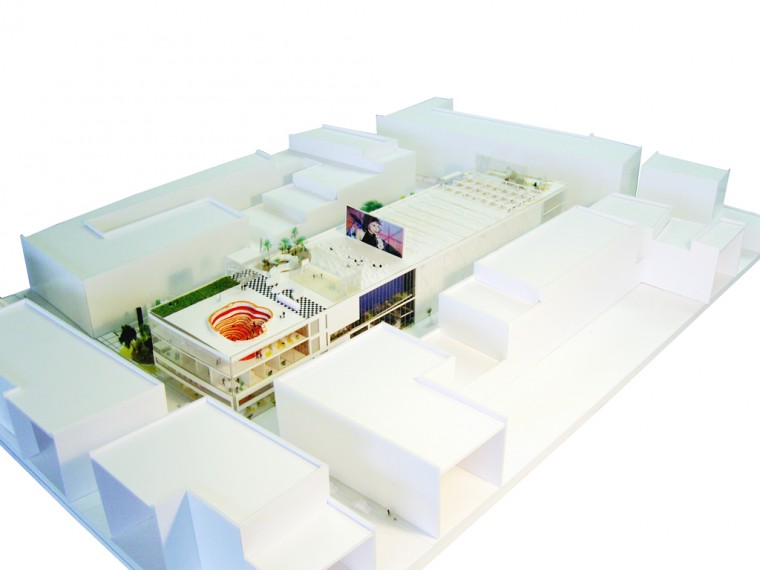 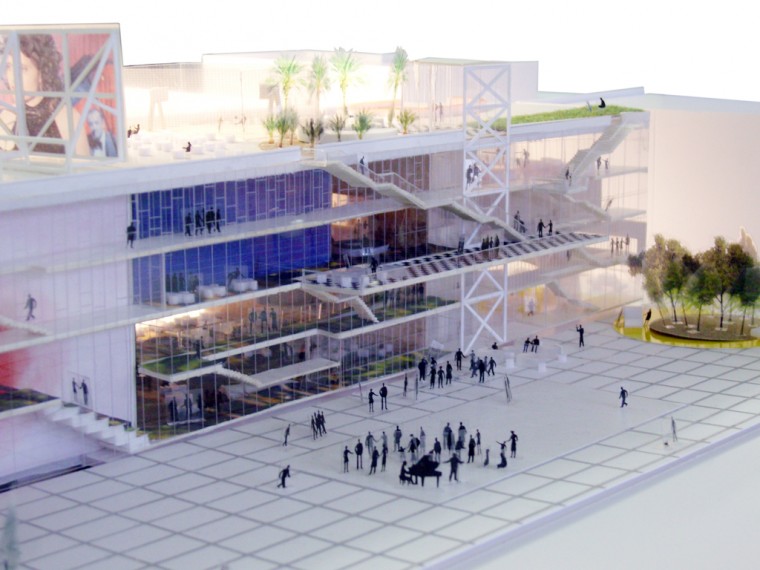 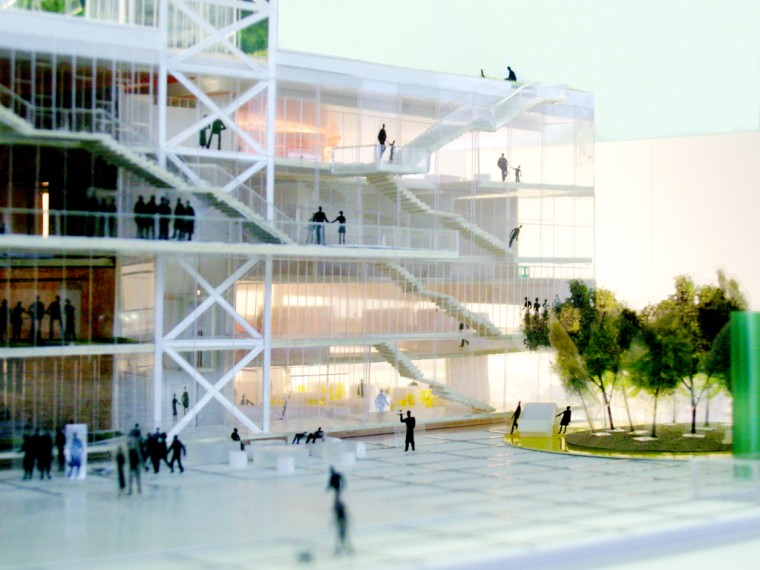 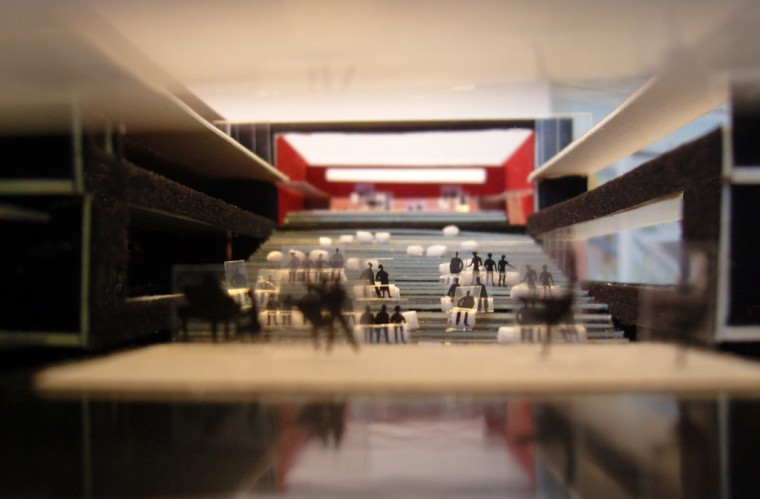 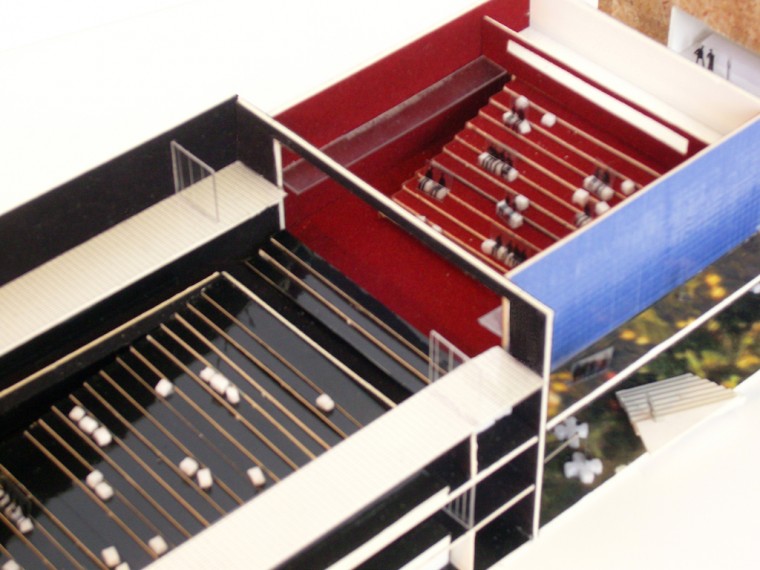 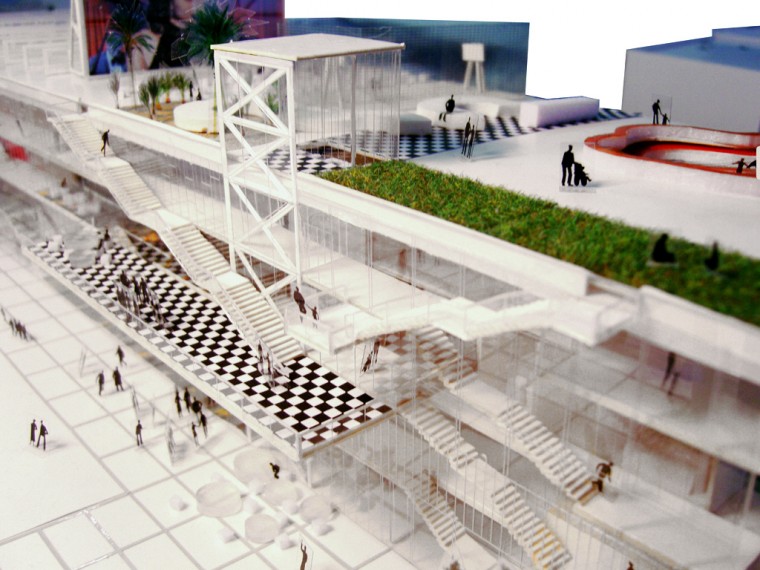 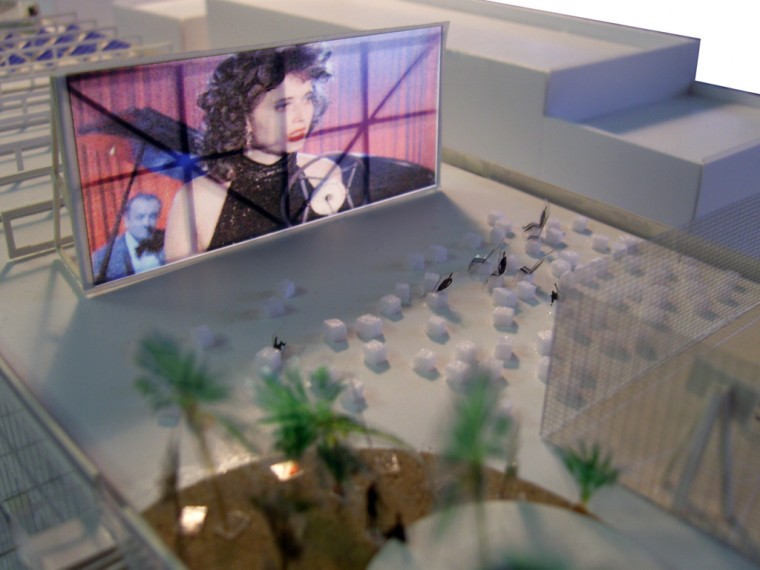 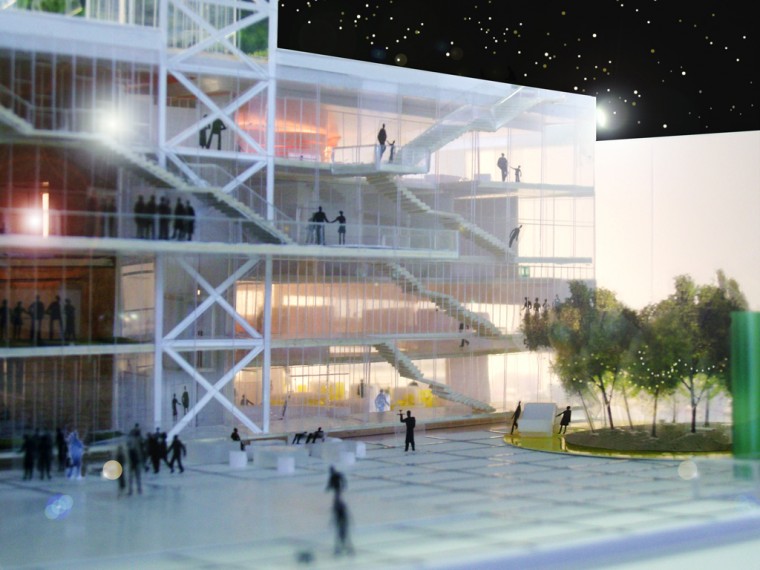