The clients, a couple in their 50s and their son with his wife, bought a lot in San Mateo de Gállego, a village of 2000 inhabitants close to Zaragoza (Spain) to build their future homes. Although they wanted to live close to each other, the son and his wife desired to keep their privacy. The parents wanted a house with a 360° view. The son’s house reacts to that. One house opens up to the outside while the other is enclosed.

House 1 (Parent’s house)
The mother requested the kitchen to be the main space in their house. From the kitchen, they should have views to the garden, the site entrance, the son’s house, and the back yard.
As a contemporary version of the Villa Rotonda, the plan for the new house is a square with a central composition. However, in this case the representative circular room in Palladio’s Villa is substituted by the kitchen. This is the neuralgic place of the house. The kitchen is connected to the exterior through four different open spaces: a patio, a garden and two porches.

House 2 (Son + wife’s house)
The fact that the parents live next door increases the young couple’s desire for privacy. Therefore, the house will be designed inwardly, opening up to the interior patios, rather than exterior vistas. These patios connect all the rooms visually. We place the required public functions (a large entrance, a big living room, and a studio-library) in the centre of the plan at ground level height. They are separated by the central patio, which allows them to function as three different rooms or as one big space of 60 m2 by opening and closing the dividing walls. The private and service functions are located around the public areas, at 1 metre above ground level. 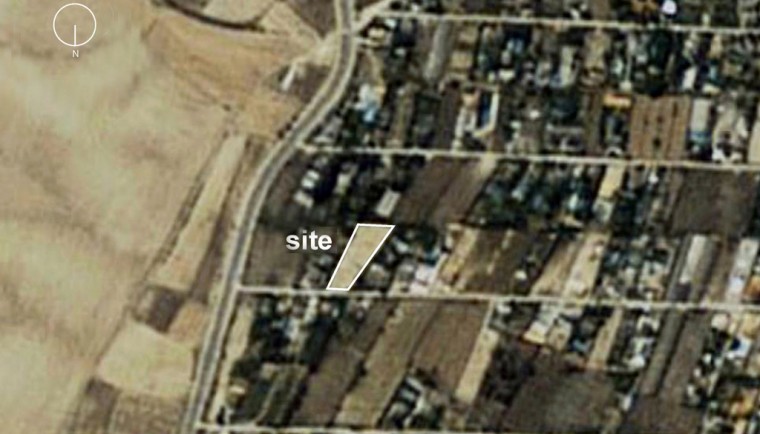 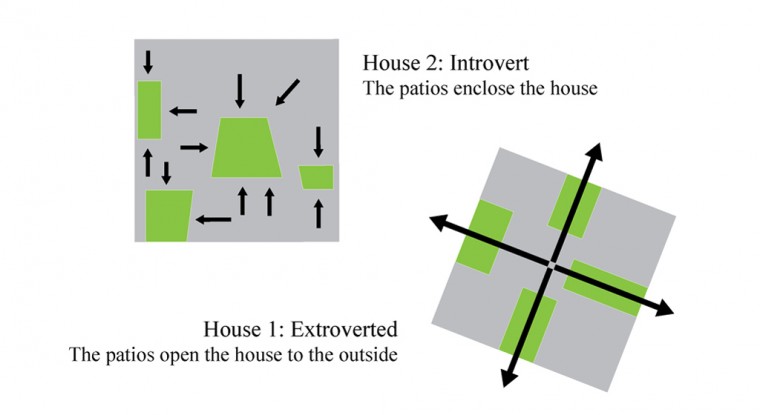 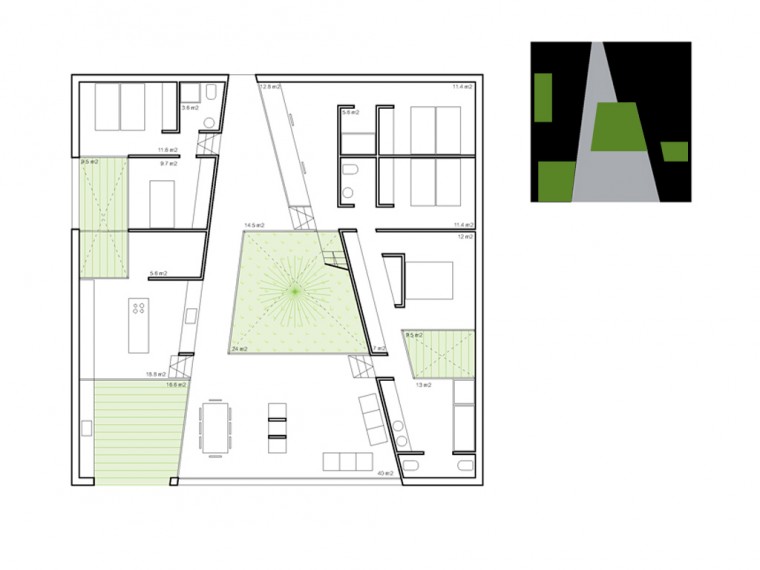 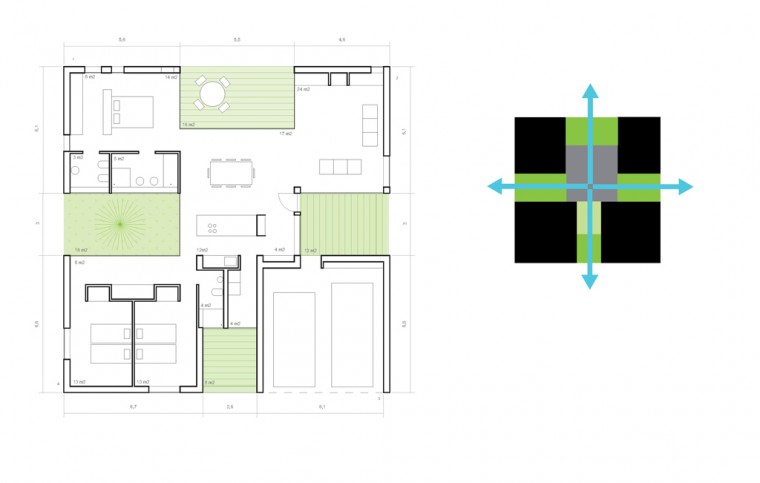 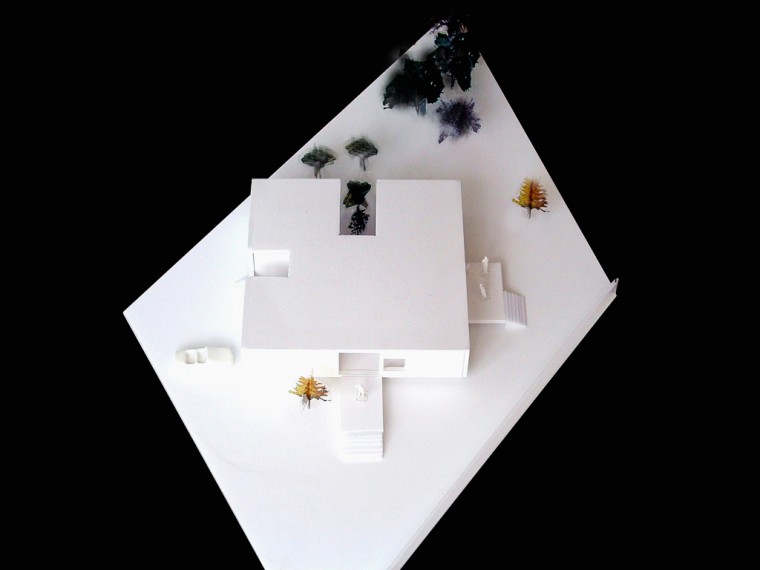 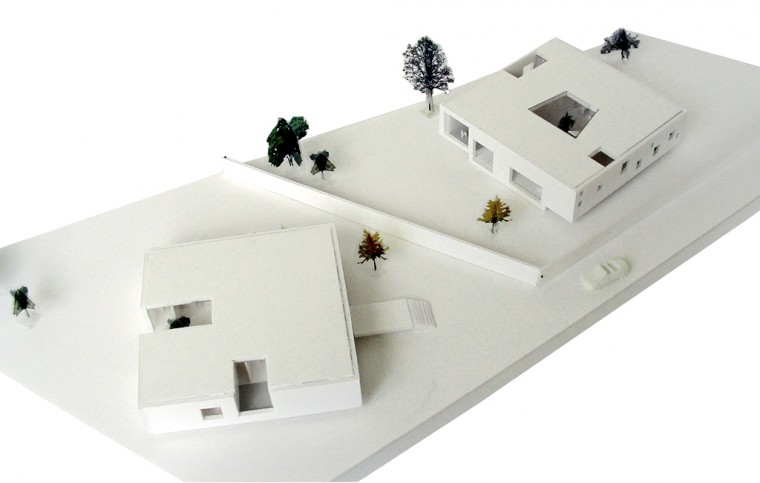 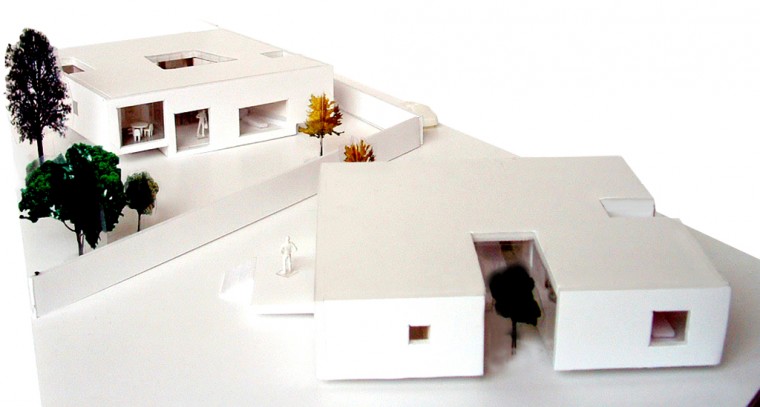 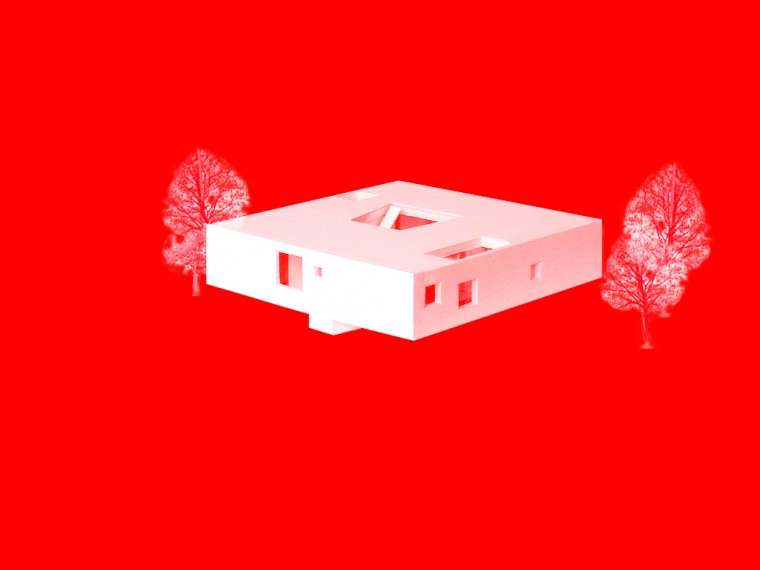