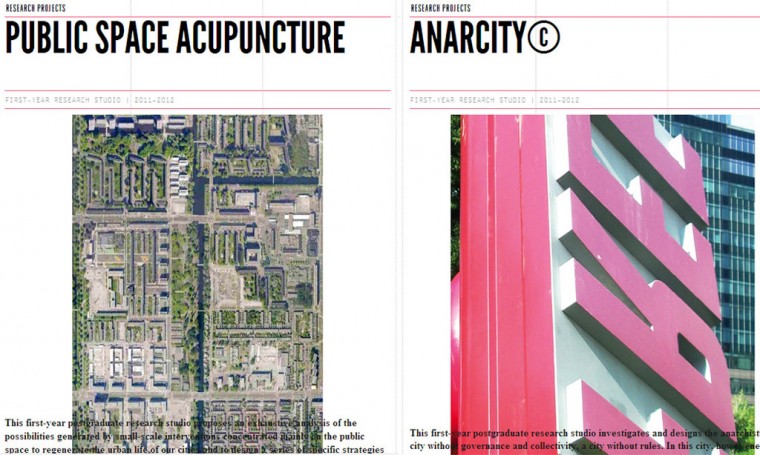 From Berlage Institute website:
ANARCITY©
This first-year postgraduate research studio investigates and designs the anarchistic city, a city without governance and collectivity, a city without rules. In this city, how is energy distributed? How are the roads made? Where are they if they exist? How about education? Sports? The studio will investigate the ultimate anarchistic situation and when and where it goes wrong. It is simulated as an interactive generative process on the base of abstract model city and applied on a real city that is growing in density in time. In order to investigate the relationship between density and anarchy, the studio will create a simulative game.

Public Space Acupuncture
This first-year postgraduate research studio proposes an exhaustive analysis of the possibilities generated by small-scale interventions concentrated mainly on the public space to regenerate the urban life of our cities and to design a series of specific strategies in the Nieuw-West neighborhood of Amsterdam.