Europan Nederland commissioned STAR the realization of a series of maps about Europan in the country:
1-Europan in the Netherlands
2-Origin Europan 9 Participants in Dutch Sites
3-Europan Continent (updated and revised version of the previous one published in Pasajes#75 – Spain) 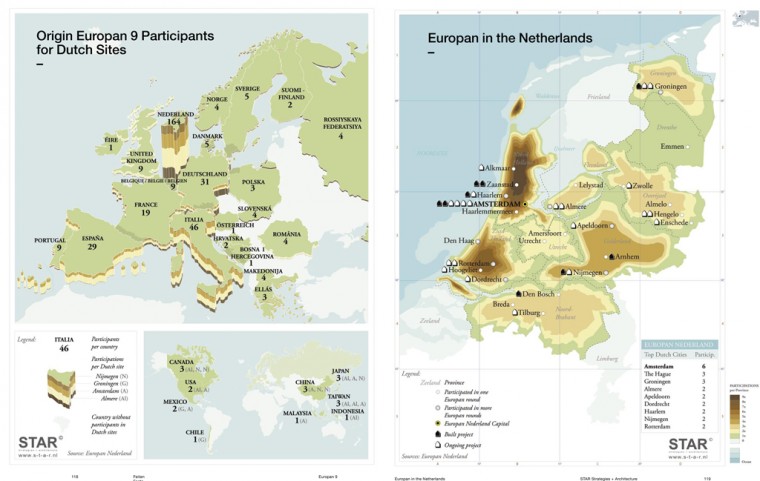 NL Europan 9 Publication:
European Urbanity – Sustainable City and New Public Space
The results of Europan 9 in the Netherlands are documented in a publication from NAi Publishers. In the book, the winning plans are extensively documented and there are interviews with the winners. Various essays by among others urban designer Aglaée Degros, architecture historian Tanja Jongeneel and chairman of the jury Herman Meijer, accompany the results. Also the designs that were selected for the international forum for juries and towns in Catania are described, as are the Dutch winners abroad.
The bilingual (Dutch / English) gives a complete review of the ninth edition of Europan in the Netherlands.