Martyrs of the Past.
All sites of the world are born in original sin, and may only be redeemed by becoming World Heritage Sites. Yet we come to salvation through suffering, and once out of purgatory these martyrs should shine a light onto the world. However, blind faith prevented them from seeing that the carnal pleasures of our earthly existence are preferable to the heavenly promises of paradise, for their new religion was too demanding and required unrelenting sacrifice.
↑ Image above: Dante Alighieri in “La Divina Commedia Illumina Firenze”, by Domenico di Michelino (1417–1491)

In July 2009, STAR won a competition for a project located next to a UNESCO World Heritage Site – or maybe inside it… nobody is entirely sure yet as different maps display different boundaries. That was just the first of many confusions we encountered in the rules for preservation.
STAR had always looked at the past as a source of inspiration; now this ally of old was trying to put a stop to our project. But our case was not an isolated one; many corpses of projects had been left behind by the unfounded assumption that injections of life into World Heritage Sites may actually destroy them.

Why should every act of preservation imply an act of sacrifice?
In this study we describe some of the frustrations, absurdities, directions, and criticisms that we collected since the beginning of our study in 2009. The first part is entitled Complexity and Contradiction* and gives a general overview; the second section is called The Monument Series** and presents individual statements of criticism and hope.

*Complexity and Contradiction contains the following chapters:
-The Problem of the Definition;
-Preserving Life and Death;
-The New Green; Clandestine Preservation;
-Nostalgia and Fear: the New Planning Tools;
-Exalting the Past to Purge our Present Guilt;
-Self-Destruction;
-I Had a Dream.

Complexity and Contradiction in Preservation:

The Problem of the Definition
Two of the synonyms that the Microsoft Word dictionary offers for the word Preservation are: I-Conservation and II-Continuation. It is absurd that when applied to the Past these synonyms can represent complete opposites: Conserve the past or Continue the past is at the core of the conflict inherent in preservation.
Preservation, as in Continuation, benefits the enrichment of a city. It has been proven over 2000 years of history that cities can live with their past. However, the Conservative approach of preservation ignores the fact that cities cannot live without their future.
We need to protect Preservation from the contradiction that it has become.

Preserving Life and Death
Preserving a Buddhist temple on a far-away mountain, or the lifeless ruin of the Acropolis in Athens, is very different from preserving the fully inhabited canal-area in the centre of Amsterdam. Yet, each of these examples is assessed by the same criteria in order to be listed as a World Heritage Site and all of them are subject to the same examination. This fact results in overprotective rules governing inhabited WHS causing irreversible damage to the cities, whose only future is to be what they were, turning into self referential caricatures.
The main body of our work focuses on the preservation of urban and living sites. We took the UNESCO World Heritage Convention as the preservation regime and we revised the overly restrictive and inflexible rules of its advisory boards.

The New Green
A bad preservation decision will compromise the future of a city. Cities are irresponsibly using UNESCO WHS as a branding tool to attract tourism. “World Heritage Tours” are booming business. Preservation starts to become a banal and opportunistic trend, just as previously the Iconic Building fashion, or the Sustainability trend. The big difference is that the superficiality of a green façade or the harmless Calatravas did not have any influence on the halting of the development of a city. However, this may change as we may very soon be witnessing a massive addition to the WHS of iconic buildings which will find their precedent in the 2007 inclusion of the Sydney Opera for being a world famous iconic building. Bilbao’s Guggenheim Museum, Porto‘s Casa da Musica, or Valencia’s Calatravas may soon be entering the VIP Club. Besides, we also fear – with morbid curiosity – that the necessary blending of Preservation and Sustainability will result in painful effects where the possibility of the one can only exist through the death of the other. However, this disaster will encourage the need for intelligent reflection on both.

Clandestine Preservation
There are 911 sites included in the UNESCO paradise of World Heritage; 1511 are waiting patiently for approval on the tentative list, and countless thousands more are preparing their nominations. As of that moment, the sites are expected to behave according to UNESCO Convention rules: as if they were on the list already. Advisory boards such as ICOMOS -much more restrictive than the UNESCO Convention – are judging whether these sites will qualify for a nomination. This means that the current – unofficial – surface of the preserved area is much bigger than we think, impossible to frame, and terribly difficult to plan as it is in limbo with no clear policies, and thus the rule of freezing-the-old+stopping-the-new seems to be the safest bet.

Nostalgia and Fear; the New Planning Tools
Unclear general criteria for preservation, the biased judgements on potential threats, the hidden reasons to become WHS, the large number of unofficially protected areas, the elasticity of the buffer zones, and the vagueness of definitions of preservation – all this guarantees in most cases a disappointing future for the city.

Exalting the Past to Purge our Present Guilt
The confusion is colossal. Keeping hold of the past was never meant to freeze it. The past was always changing. Which past do we keep? How arrogant to think that this or that time is the ideal moment to be preserved. If current preservation policies had been applied back in time, most of the World Heritage Sites would not exist today. The past was never as static as it is now. The past could still be part of the present. Who said that the old has to be static?
The Preservation mania is spreading as quickly as the use of Botox. Abusive and uncontrolled use of both can expose the user to a great risk, even death.
Full taxidermies are carried out in many sites. Scary illusions of life that in actual fact represent death.

Self-Destruction
Ultimately, preservation will stop preservation; there will be nothing left to protect and nothing else will be allowed to be built. Or maybe it happens earlier since so many sites are listed that the WHS lost its supposed added value. However, preservation alone will be its own end as in an act of self-immolation.
The Lonely monument will be the shape of the preserved city. The enormous buffer zones isolating the WHS will generate a heartbreaking landscape of monument sprawl. Why does the best of the past have to be situated in a gated community?
As an urgent counteraction to preservation we propose the imminent designation of Urban Reserves. These areas are protected from preservation and will always be dedicated to activity, change, and freedom. 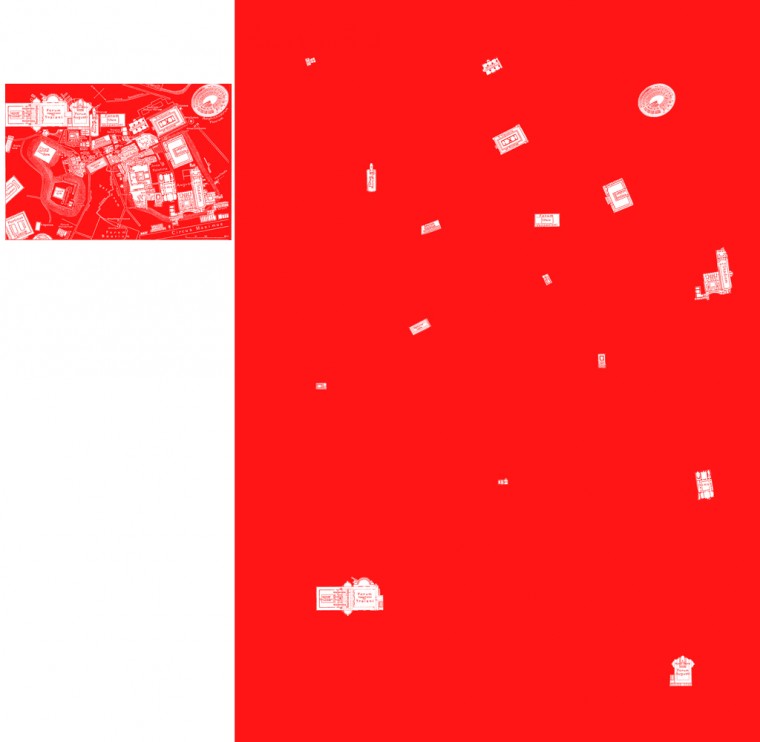 II _ The Lucky Monument
If UNESCO had existed in the 11th Century most of the World Heritage Sites would not exist today. Piazza del Duomo, Florence – if UNESCO had existed in 1059

III_ The Future Monument
Preserving Ideas to Ensure their Implementation. IV_  The Never Ever Monument
Protecting from Protection; the Authentic Urban Reserves. 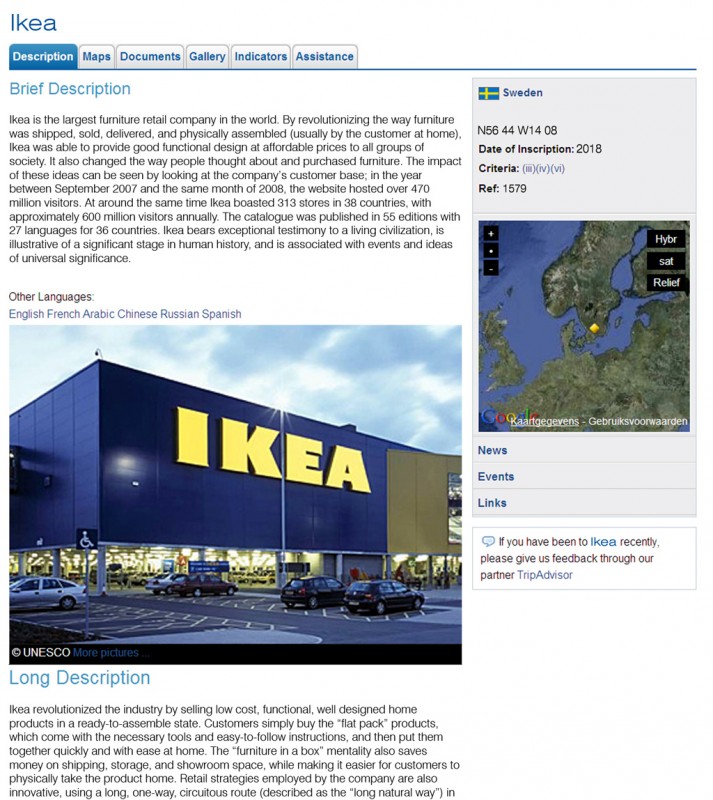 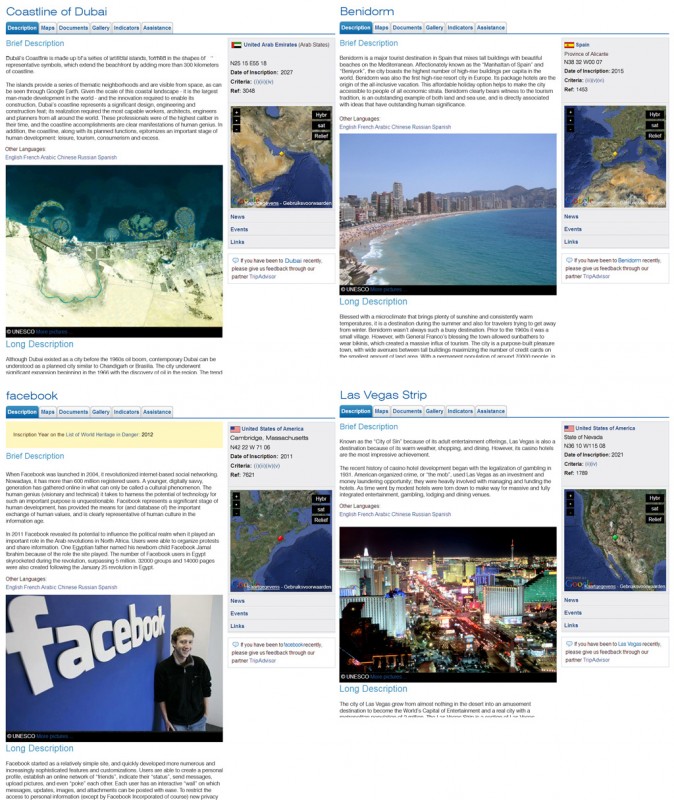 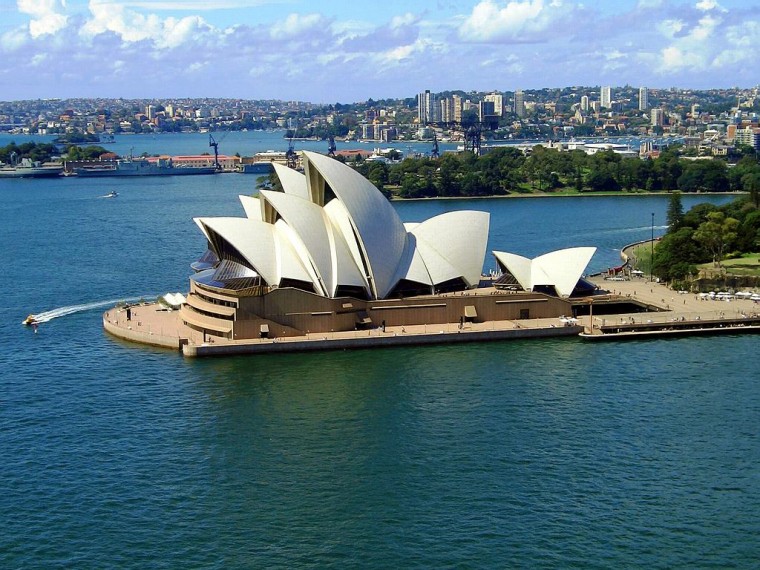 VII _ The Digital Monument
Saving the City from the Cruelty of Nostalgia; Could Digital World Heritage Sites become the utopia of preservation? 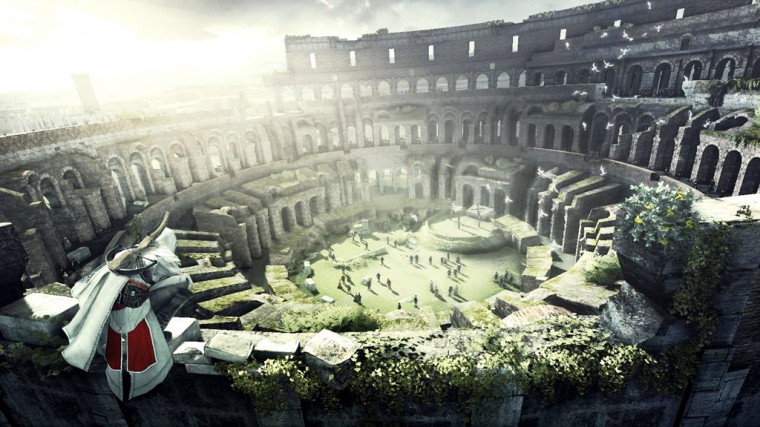 Madonna before and after Photoshop

VIII _  The Unsustainable Monument
Cain and Abel: Preservation and Sustainability, Who will Kill Whom? 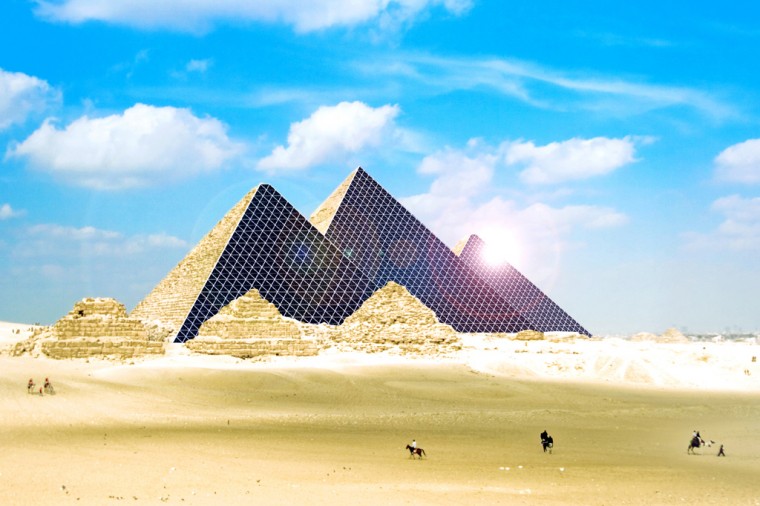 Cain and Abel I: Sustainable Pyramids 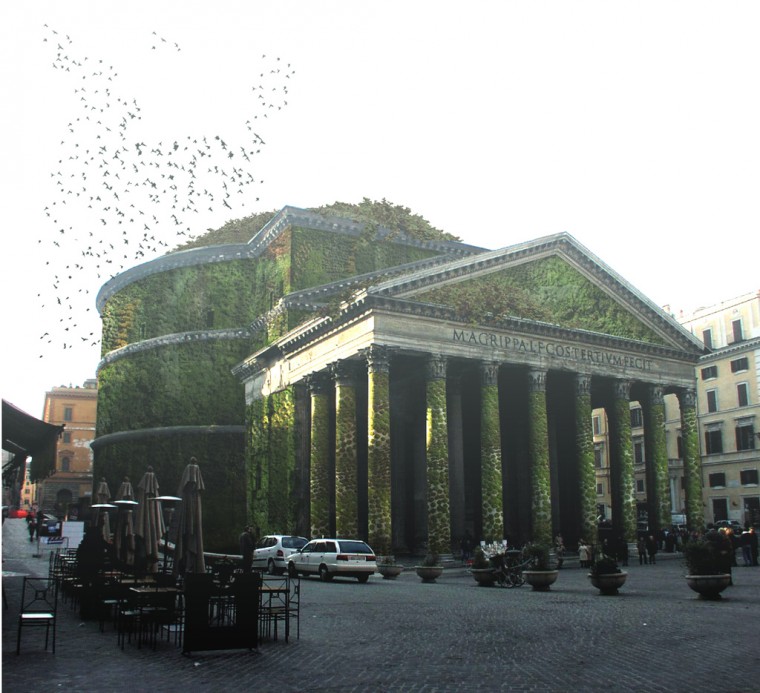 IX _  The Botoxed Monument
The Pact with the Devil: if There is Botox, There is Hope. 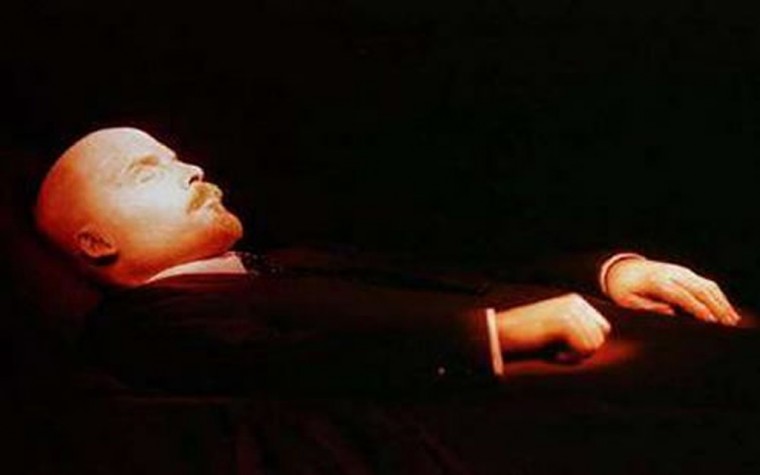