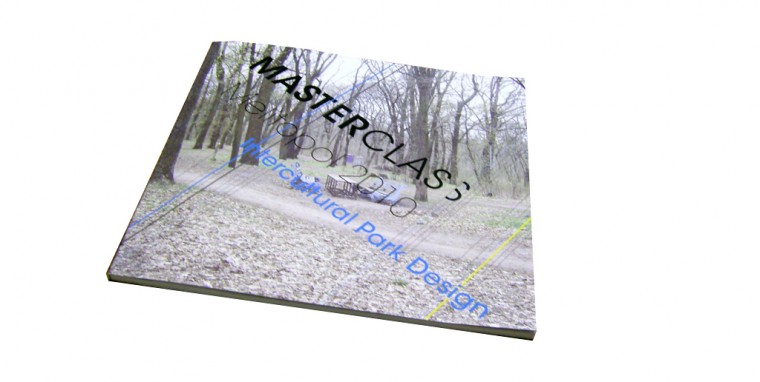 STAR strategies + architecture has contributed generously to the realization of this publication. STAR is also one of the sponsors of the project for the redesign and development of Gorky Park in Melitopol, Ukraine. 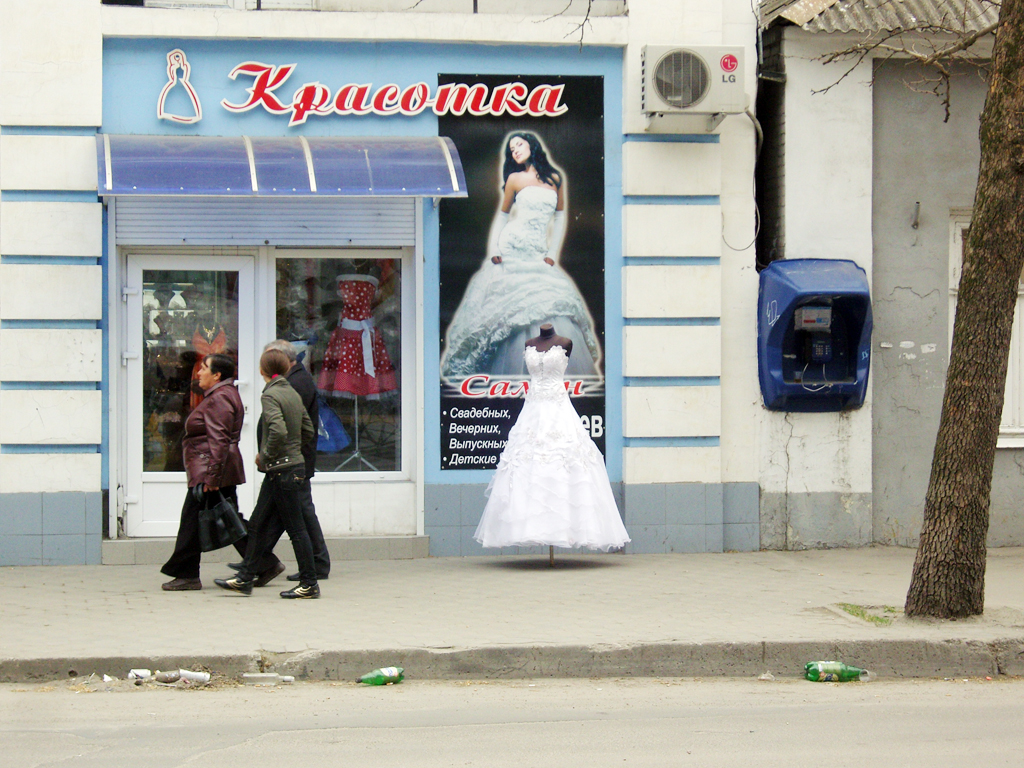 Essay by Beatriz Ramo:
Intro.
Melitopol (Мелітополь) is a city in the southeastern Ukraine situated very near the sea of Azov with a population of around 158.000. In 1784, Prince Potemkin established a settlement, that kept on growing until 1842 when this ‘sloboda’ was recognized as a town and received the new name of Melitopol after the port city of Melita (from the Greek Μέλι (meli) – “honey”). At the end of the 19th Century, the Honey-city had been developed into a trade center. The Nazis occupied Melitopol in October 1941. In 1991, after the dissolution of the Soviet Union, Melitopol, just like the rest of Ukraine, suffered a deep recession on its transition to a market economy. Currently, Ukraine, after 8-10 new years of growth, is caught up in the global economic crisis.

Melitopol is a pilot city of the Council of Europe and the European Commission Intercultural Cities Programme*. The city is proud to be home to multiple nationalities, including almost 100 different peoples and ethnicities, most of them minorities. The city is proud of its cultural diversity and gives everyone equal political, economic, social, spiritual and cultural rights.
Stadslab Special Master Class of 2010 took place in Melitopol and aimed to help the regeneration of the city through the redesign of its Gorky Park.

*The Intercultural City Programme is a joint project of the Council of Europe and the European Commission. It aims to stimulate new ideas and practices in relation to the integration of migrants and minorities.

Gorky Park.
The decision of Melitopol to invest in the regeneration of its Gorky Park, as a gesture to improve its city life and to attract visitors, is remarkable. In a time when every single city, big and small, competes to get the most unique and extravagant piece of architecture in order to obtain their 15 minutes of international glory, Melitopol wishes to start its national and international opening up not through an iconic building, but through a Public Space: the Gorky Park. This intelligent decision aims not only to bring recognition to the city, but also to improve the city life of its multiethnic population.
The first image I got from Melitopol was an aerial view via Google Earth. There was something in the urban set-up that stood out from the surroundings. It was a heart-shaped spot in the centre of the city. This recognisable element is Gorky Park. Once in Melitopol, I found confirmation that the park was not only the physical centre of the city, but also its social and communal space.

However, Gorky Park is in a significant state of decay and in need of an important renovation. This has aroused great civic sense in the inhabitants who volunteer daily to help keeping the park clean and cared for. The park belongs to the city; it is free from political signs, from religion, ethnicity, age, or gender. This civic attachment to the park has the enormous potential to becoming the common denominator for the 100 different cultural groups living in the city.

Melitopol can be a paradigm of contemporary coexistence, and Gorky Park could be its location.

In order to make these possibilities become reality we studied the situation of the city in its national context. Although Melitopol is known as the Gate to the Crimea, the city is neglected by tourists. Each day during the vacation season 40.000 visitors pass by the city on their way to the beach, but very few step out and visit Melitopol. We believe that by regenerating its Gorky Park we can arouse enough interest in the city to change this reality. Together with the design, we will develop a branding strategy that will support the Gorky Park project and help the beginnings of a full redevelopment of the city.
Our project aims to join forces with the current plans of the city such as the Intercultural Cities Programme of the Council of Europe, which has already helped to raise awareness in Melitopol of its great potential as an intercultural city. Our plan for Gorky Park will help  achieve current goals such as hosting  National events like the proposed Festival of National-Cultural Communities of Ukraine, and raising funding for the investment necessary to carry the works for the renovation of the Park.
We felt energised by the project right from the start. It is of enormous interest to us to develop strategies for Melitopol in its supposedly pre-globalized and pre-capitalist condition.

Multicultural or Intercultural?
Although the inhabitants of Melitopol talk proudly of the 100 ethnicities living in the city, Melitopol is in danger of unconsciously falling into a contradiction. They describe these nations and ethnicities focusing exclusively on the difference, emphasizing the dissimilarities between them too much, while omitting the shared values, which are the real foundations of an Intercultural Society.
While Multiculturality is based simply on the representation of cultures, Interculturality aims for the interaction between them.
This strong prominence of the differences often results in static and folkloric manifestations far removed from what contemporary Melitopol could aim to be today. Interculturality gets reduced to an exaltation of the picturesque peculiarities of the different ethnicities. This will make the flourishing of a new common contemporary culture – which is one of the most attractive possibilities of Melitopol in which the city can play a paradigmatic role – more difficult.

In order to overcome the threat of the misunderstanding of the Intercultural as the Multicultural we proposed a park where the criteria for programming, designing, and usage are based only on the common elements shared by all the cultures that cohabite in Melitopol.

And the shared aspects can be found in the magnificent rituals of the simple: celebration, love, and sport.
One of the things that took our attention while being in Melitopol was the large number of wedding shops along the streets. The culture of marriage is very present among the society, in old and young generations, and weddings –between members of the same or of different cultures- are very important events for Melitopol citizens.

Celebration- in all its forms- plays a very important role in the city, and is often honoured with plentiful food and drink. We were invited to feast after feast, where we tasted different dishes from different cultures. The mixed unions have contributed to the adaptation of traditional dishes generating appealing new tastes.

Sports represent in Melitopol, as in the rest of the world, one of the most popular opportunities for interaction between nationalities, which may or may not speak the same language. At present, the Gorky Park contains a football field, athletic tracks, and an interesting outdoor gym.

Project:
Our plan for Gorky Park will address this twofold ambition: to support its central role in city life reinforcing the great civic pride of the Melitopol community; and to create sufficient recognition to attract visitors to the city and to present it nationally and internationally.
To see these two ambitions simply as a design task would cut out the most interesting possibilities of the project. We invest our efforts in thinking about a strategy rather than producing a sleek design.

We focus on programme: Celebration, Love, and Sport are the current tools for tolerance and for the creation of a utopian society where a hundred different cultures interact and live together.
The biggest changes introduced by our intervention focus on three areas: the redesign of the central part into the Golden Circle; the transformation of the existing East-West axis into the Wedding and Sport Paths; and the creation of the new Celebration Space, running North-South through the Park.
These axes introduce a new hierarchy and help to define the new areas of the park around the Golden Circle: Celebration Space, Contemplation Area, Secret Forest, Sport Lane, and Wedding Lane.
It is a sequence of 5 conditions generated from 5 pure ideas that host 5 different programmes.
The old trees of the park are kept in place, as well as most of the added random constructions. Our plan wants to bring an invisible coherence to Gorky Park while preserving its wild character and charmingly chaotic moments. 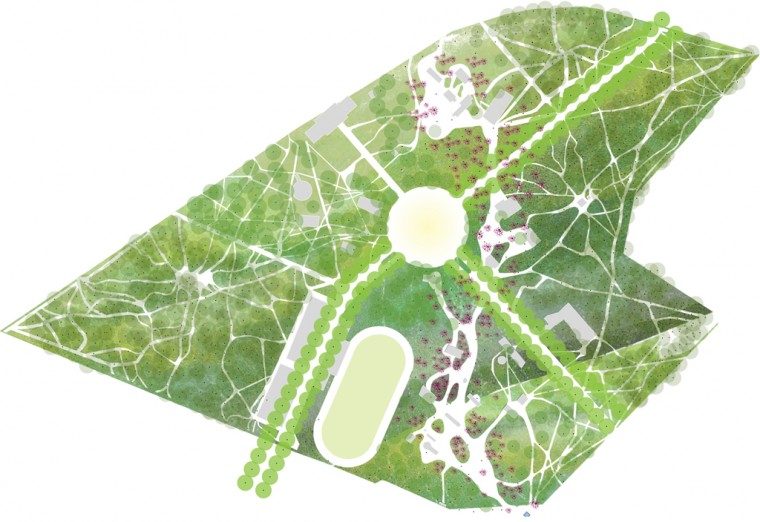 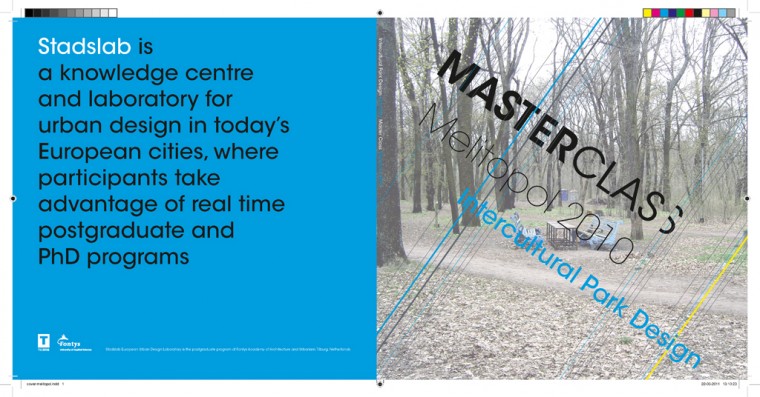 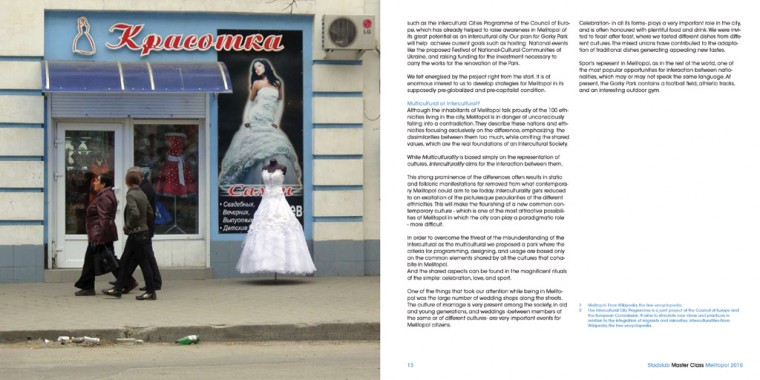 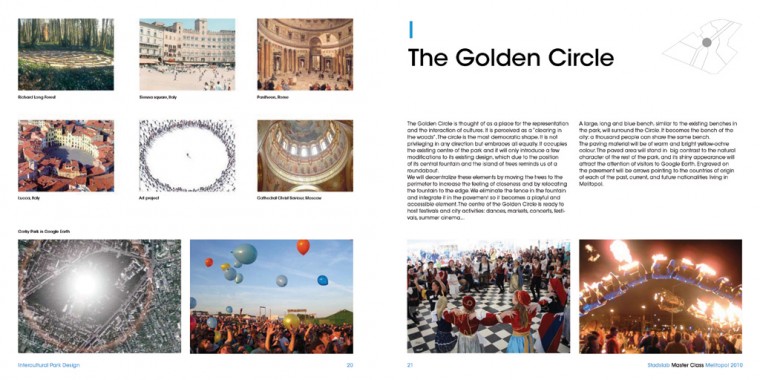 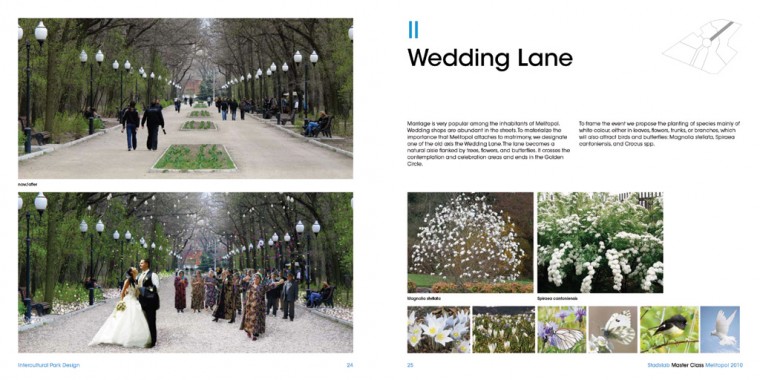 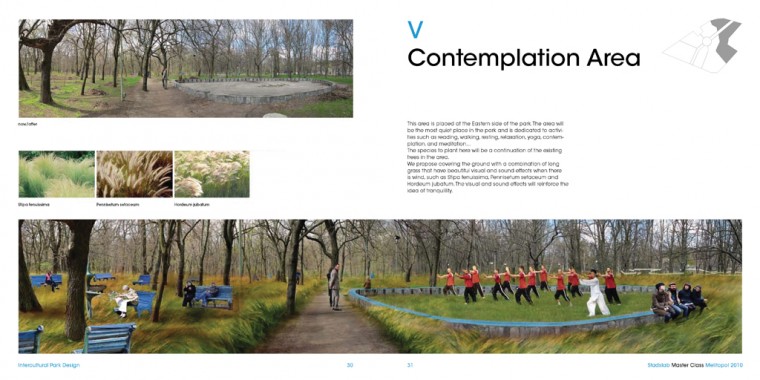