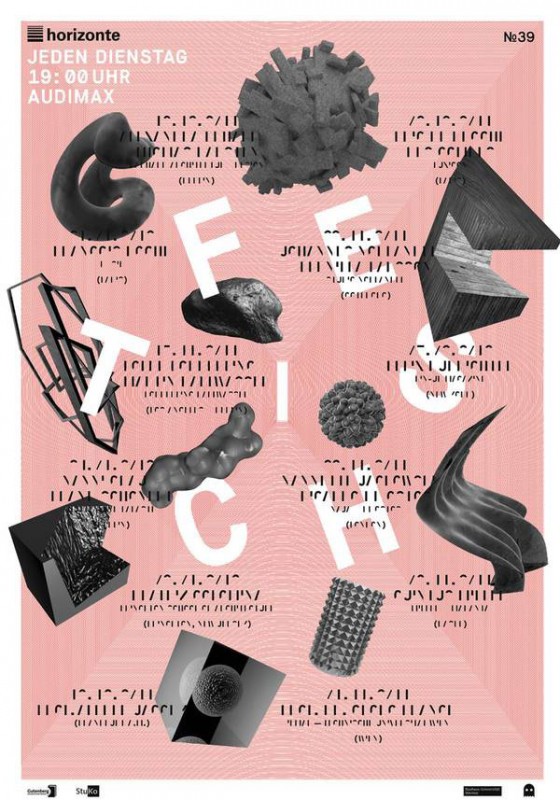 Beatriz Ramo is invited to hold a guest lecture in the student-organized lecture series Horizonte at the Bauhaus-Universität Weimar. The lecture will take place on January 17 at 19.00 h.

From Horizonte:
Since 1992 the student initiative Horizonte has been organizing a series of evening lectures that take place regularly on Tuesday nights. Many architects, artists and designers have come and contributed to the series by giving highly interesting and exciting lectures on various topics. Over the past years our guests included such different personalities as Rob Krier and Kisho Kurokawa, Peter Cook, Ole Scheeren, Nicola Twilley and Geof Manaugh, Mark Smout, David Garcia, Didier Faustino, orBeatriz Colomina.

Acknowledging the ideas of the Staatliches Bauhaus Weimar, the activities of Horizonte aim at establishing new horizons of international thinking and working without frontiers. In this sense, we are especially interested in offering a platform for direct contact and discussion between our guests and students.

Fetish:
The winter semester topic is investigating questions like how does fetishism influences people in what they are doing, specifically in the realm of architecture and design. In this case, fetish relates to it’s definition as an object believed to have supernatural powers, or in particular, a man-made object that has power over others and more precisely, fetishism is the attribution of inherent value or powers to an object.