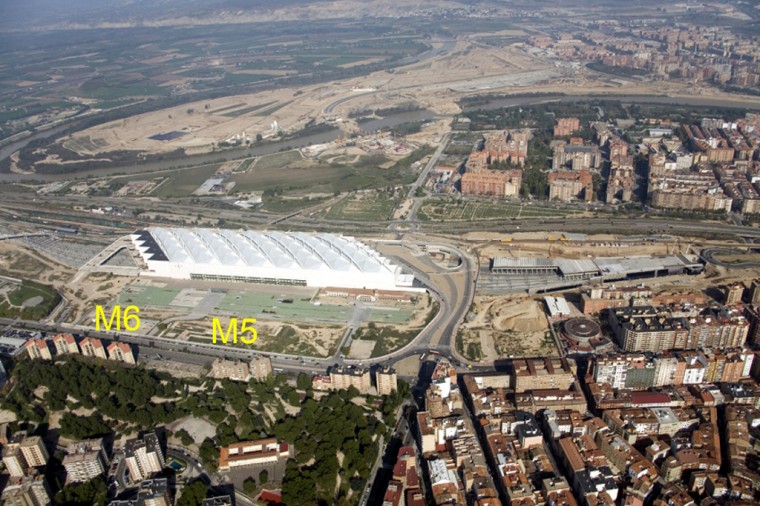 The Re-Creation of Zaragoza
Zaragoza is undergoing a huge transformation. It is the 5th biggest city in Spain but for many years stayed too comfortable and closed in itself. The city has become aware of the enormous competition among European cities in this day and age, and in a span of less than 10 years will undergo a radical recreation. Zaragoza is gathering the ten elements of the portfolio we describe in our study The Re-Creation of the European City.

The relocation of Zaragoza Railway Station in the Delicias district and its transformation into a modern intermodal station with High Speed trains has kick started the regeneration of the entire area, which works according to an ambitious master plan called the Digital Mile District, where the City is collaborating with MIT (Massachusetts Institute of Technology) and experts such as Willian Mitchel, D. Manuel Castells, and Saskia Sassen. Zaragoza will play host to the next International Exhibition in 2008. The site of the Expo is relatively close to the Digital Mile.
Manzana 5 and 6 enjoy the most privileged location in the Digital Mile: right in front of the new station and the Plaza Sur.
Imposition
The brief of the competition predetermined strictly the volume of the blocks: two rotund trident profiles with the three slabs of each block facing each other, and not the main avenue or the new railway station, as was expected.
After a predictable initial reaction looking to modify this shape, we feel intrigued in discovering the reason for this apparent incongruence. By studying the master plan we understood the decision. The shape of the blocks is not following any architectonic approach but a much more urban one: rather than creating a façade, the blocks want to disappear into the smallest silhouette to make the station visible to the city.  We imagined how two large pieces were cut out of each of the initial volumes. To illustrate this aggressive gesture we will treat the surfaces that were always meant to be exposed differently, compared to the surfaces that are left exposed as a result of creating the silhouette. We will use one single material for each of the two situations to help emphasise the rigid silhouette of the tridents and the big scale of each block.  Manzana 5 and 6 will follow the same approach; as they both answer to the same urban principle. Both contain a commercial gallery in the plinth and two blocks of housing. Manzana 5 will host offices in the third block and Manzana 6 will host a hotel. A common garden will be planned on top of the mall in both blocks.
Ever changing
To compensate for the rigidity of the brief and the imposition of the shape we will choose an ever changing façade. For Manzana 5 we will cover the exterior surfaces with glass laminated with a diachronic film, a material that can reflect any colour, and we will choose a LED-net for the internal facades. For Manzana 6, we will use black zinc, moveable plates for the external facades, and vertical gardens in the interior.
Inside the blocks we will allow maximum flexibility in housing typology; by fixing right from the start the installation and services cores we obtain ten possible apartment configurations.
The perception of the blocks will never stay the same: Manzana 6 will change on one single day from a black solid block into an unpredictable varied patchwork of curtains, while its caduceus garden will be changing each season.  The perception of the colour of the Manzana 5 will never stay the same. We will not know what the building will look like until it is finished and even then we will never be able to control its image. It will change from white to red, to yellow, to pink, to golden… It may look stunning, beautiful, subtle, hideous, or delicate, all on the same day. 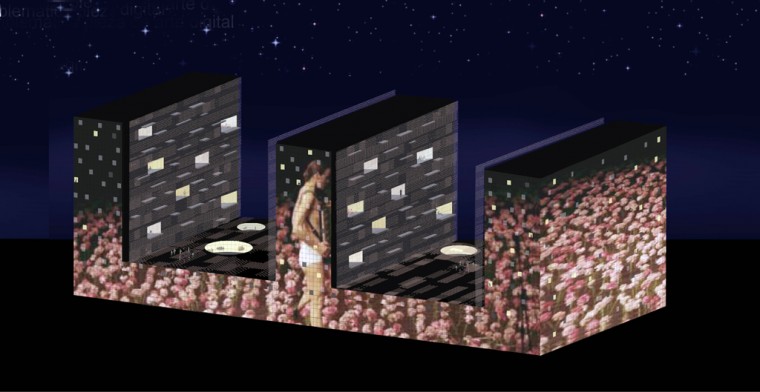 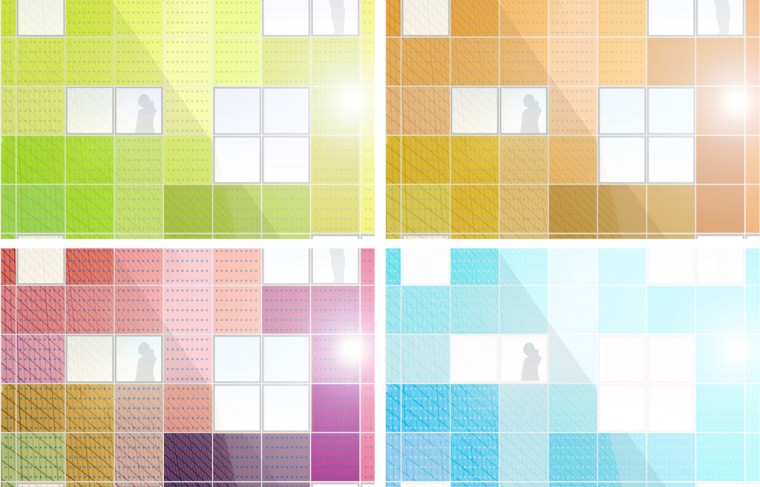 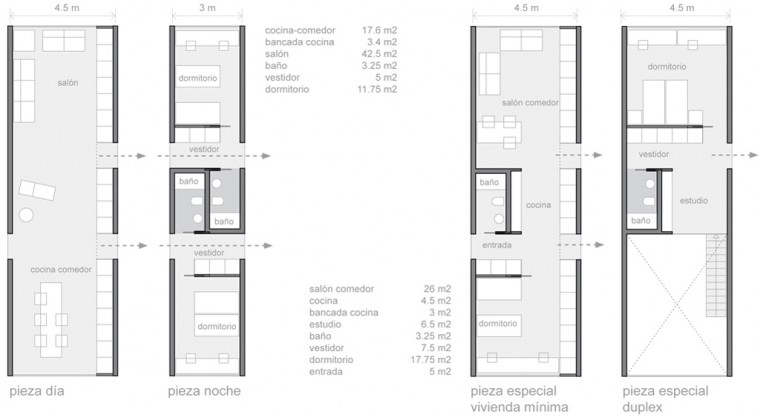 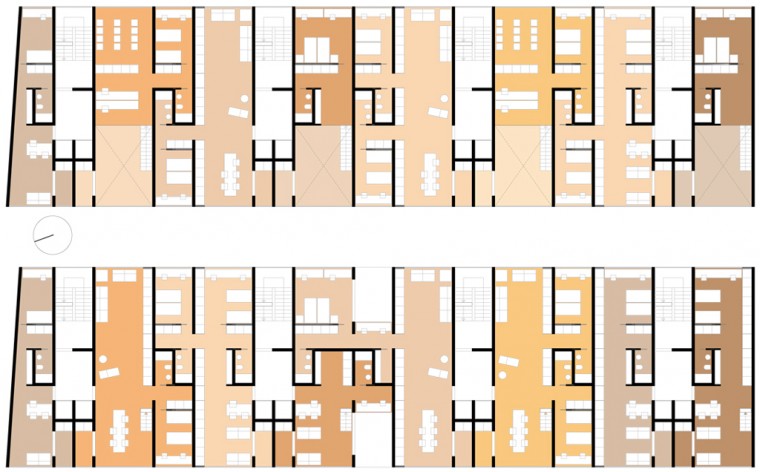 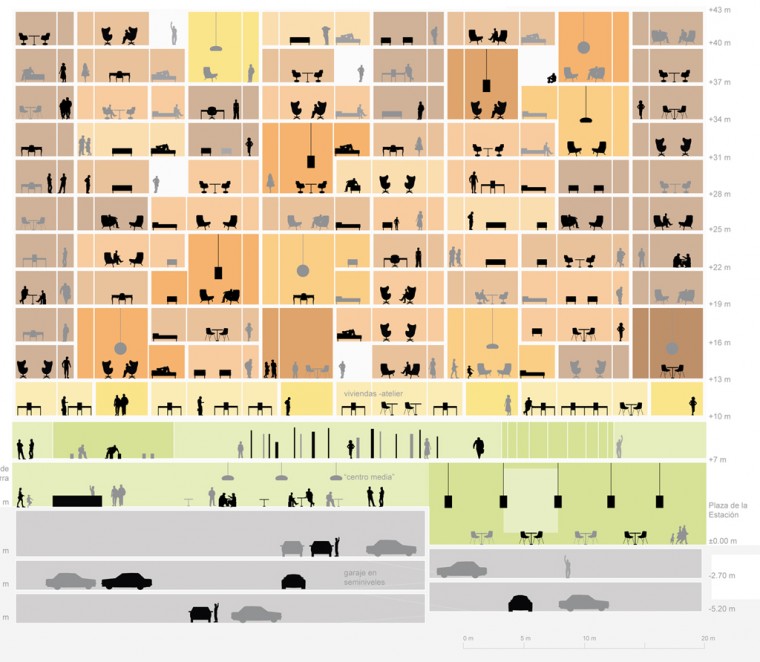 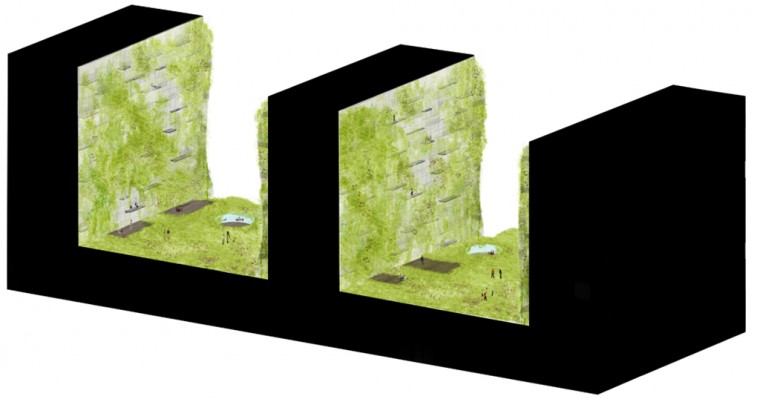 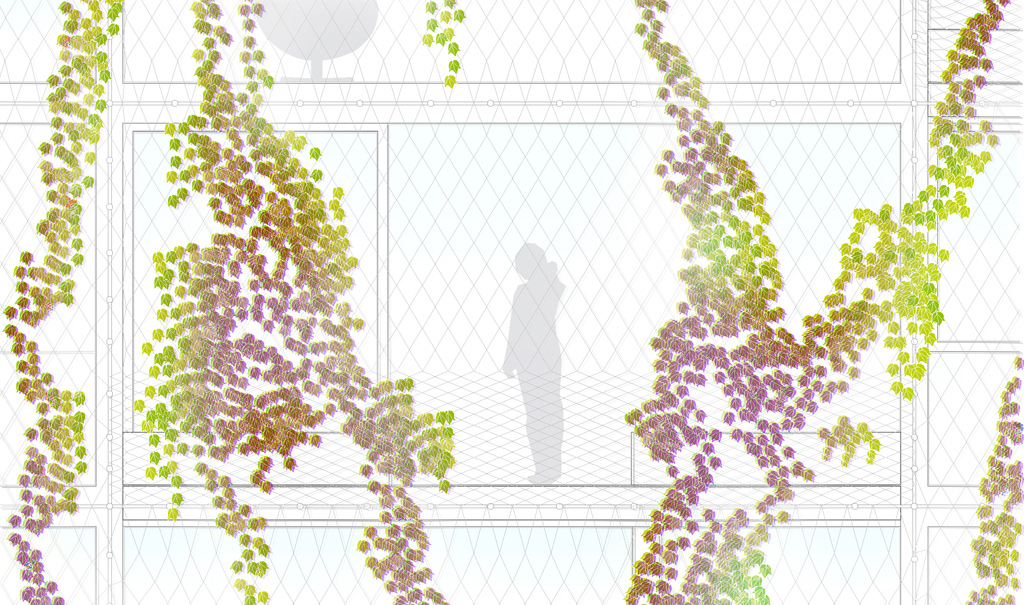 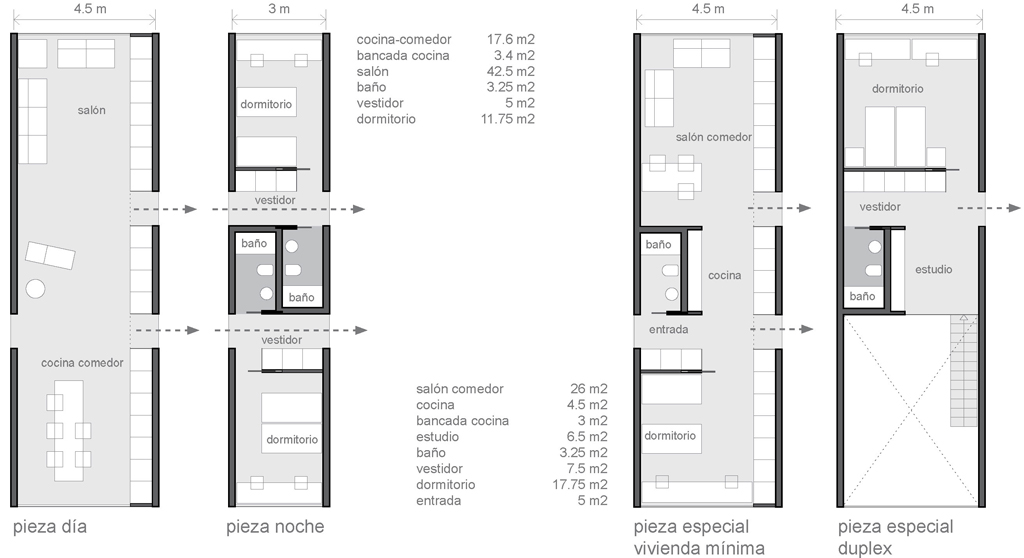