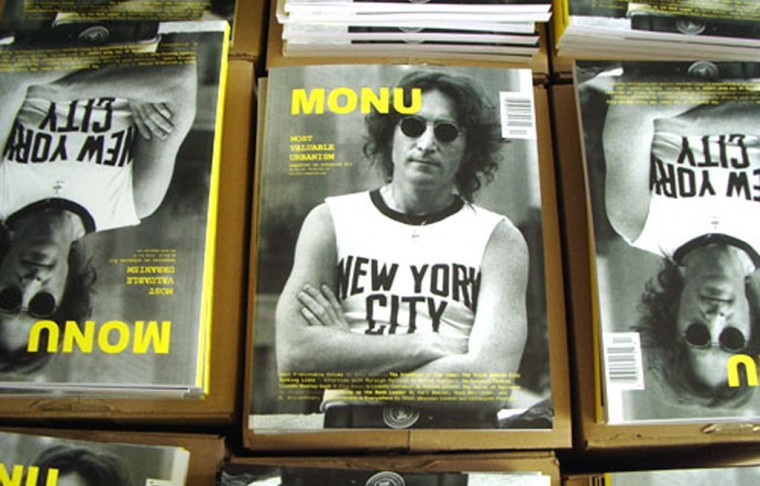 Contents:
Most T-shirtable Cities by Mika Savela
Evaluation City – Post Industrial’s Most Valuable Urbanism by Melissa Dittmer and Amy Bos;
Within a Day by Bobby Shen
Urban Perception of Happiness by Luciano Alfaya and Patricia Muñiz
The Urban Rhythm by Karin Aue and Jeffrey Koh
Tales of Nail Houses by Human Wu
Wonder Full by Bas van der Horst, Hans Larsson, and Michiel van Loon
The Crumbles of the Cake – Interview of Ruraigh Purcell by Bernd Upmeyer
The Systematic Thinking Livability Rankings Imply by Klaas Kresse
Is Livability Overrated? Notes on a Transactional Urbanism by Matthew Johnson
Berlin Tempelhofer Feld – A Field for the Public by Hans Frei
L.A.’s Optimistic Urbanism by John Southern
The Value of Ugliness by Jürgen Krusche
The Strategic City by Jennifer W. Leung
Climbing up the Rank Ladder by Karl Beelen, Roos Gerritsen, and A. Srivathsan
Vancouverism is Everywhere by DoUC (Brendan Cormier and Christopher Pandolfi)
Vienna: Slow capital? by Stefan Gruber

More info about this issue HERE
Browse the entire issue #13 on YouTube
Order here or write an email to publishers@b-o-a-r-d.nl

Editorial by Bernd Upmeyer, Editor-in-Chief, October 2010.
When John Lennon was photographed by the legendary rock ‘n’ roll photographer Bob Gruen, wearing a New York City T-shirt in the year 1974, he proudly expressed his love for the city of New York. For Lennon, although born in Liverpool, New York City was without a doubt the most valuable city.
In that sense the value of a city can become extremely personal, subjective, and only a reflection of feelings, as Mika Savela argues in his contribution “Most T-shirtable Cities”. Because of this subjective experience the value of a city is – just as the beauty of a city – in the eye of the beholder; what constitutes ‘most valuable’, in whatever respect, shifts back into our hands, as Bobby Shen puts it in his piece “Within a Day”. People attribute a value to spaces that cannot be quantified in statistical terms, but is dependent on how ‘city users’ identify with the place where they live, as Luciano Alfaya and Patricia Muñiz explain in their article “Urban Perception of Happiness”. And this identification is usually based on rather intangible criteria; social, cultural, and psychological dimensions; or qualities such as history, identity, memories, or lifestyle, as Human Wu illustrates in his piece “Tales of Nail Houses”.
Nevertheless, it would be naïve to exclude certain basic physiological needs from the valuation of cities. Those basic needs include criteria such as, for example, security, housing, and health. Ruraigh Purcell, who spent several years running an analytical team producing city ranking lists, points out this fact in an interview with us entitled “The Crumbles of the Cake – The Truth Behind City Ranking Lists”. In his opinion, basic low-level needs, referring to Maslow’s Hierarchy of Needs, have to be satisfied in a city before you are in a position to move to a higher level of needs, which would take in account things such as educational and cultural stimulus. Most of the evaluation criteria used by companies such as Mercer and the Economist Intelligence Unit to produce ranking lists, such as the famous so-called “Most Livable Cities”, are based mainly on those fundamental needs. But what is often less known is the fact that those ranking lists are not representative, as they use as a primary source the answers of a particular socio-economic group: expatriates. Klaas Kresse detects this fact in his text “The Systematic Thinking Livability Rankings Imply”. He discloses that rankings are not made for the multiplicity of urban dwellers, but rather for a group of wealthy, well-educated and highly skilled professionals. He furthermore points out that the livability rankings imply an urban thinking in terms of closed systems, as cities start focusing on the points already scored, which makes them static and inflexible. To continue being able to change Matthew Johnson proposes in his piece “Is Livability Overrated?” that cities should be allowed to exist in a state of perpetual upgrading and renovation, always under scaffolding, in the form of a transactional urbanism. In his eyes Houston in Texas is such a transactional city; evolutionary, voracious and secure in itself despite its imperfections. Jürgen Krusche longs for such imperfections in the always top-ranked city of Zurich. In “The Value of Ugliness” he states that the constant striving towards clean, safe, and beautiful public spaces has banished unwelcome individuals and marginalized social groups from public life.
Ever since the Economist began some ten years ago to rate cities such as Vancouver the most livable city in the world, with other livability indices by Mercer and Monocle Magazine also giving it consistently high rankings, the safe and clean downtown living model of the Canadian city became the planning model for cities around the world, as Brendan Cormier and Christopher Pandolfi explain in their article “Vancouverism is Everywhere”. Today, top positions in urban planning councils all over the world are filled with Vancouverites. However, there seems to be a resistance towards Vancouverism, and there are possibilities to top livability ranking lists without following the trends, as Stefan Gruber explains in his text “Vienna: Slow Capital?”. In the article he suggests that the quality of life in a city might also be determined by its capacity to resist certain movements and instead to concentrate on its unique attributes.