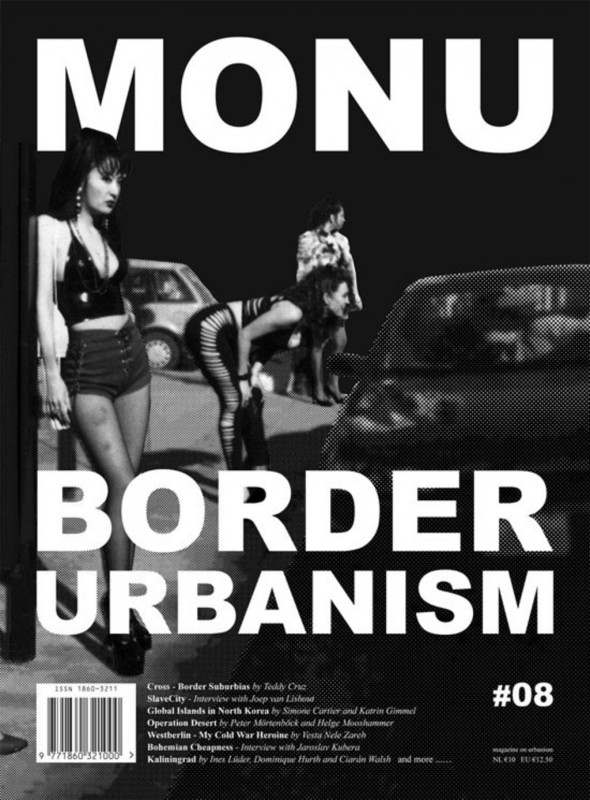 More info about this issue HERE
Browse the entire issue #8 on YouTube
Order here or write an email to publishers@b-o-a-r-d.nl

Editorial by Bernd Upmeyer, Editor-in-Chief, March 2008:
Although we never intended to be a utopian magazine, when we started out we were put into the same category as those small and short-lived radical periodicals of the ‘60s and ‘70s. As a matter of fact we were never interested in contemplating the fictional, yet perfect, socio-political urban conditions or the possibility of the ideal society, however unrealistic. To the contrary, we have always been fascinated by all the idiosyncrasies of reality, the conventional and the pragmatic as an inexhaustible source of innovation. Nevertheless, in this issue we provide some reflections on utopia. It appears to be the case that cities located close to nation-state borders in particular, may be described as isolated islands, where a different type of life seems possible, and as places conducive to experiments and utopia as Ines Lüder, Dominique Hurth, and Ciarán Walsh show in their article about the Russian enclave Kalingrad. Border cities are often privileged as they are in a position to determine their own rules. Joep van Lieshout created with his highly sinister utopian art project “SlaveCity” such an extreme case of self-rule, which he explains in an interview with us. Switching back to reality, it may be said that nation-state borders seem to have the most vigorous impact on cities when they appear in ‘doubles’ – i.e. one on each side of the border. Together they create a kind of symbiotic urban love and hate relationship, a living together of dissimilar organizations, which can lead to positive and negative “Reciprocal Developments” between both cities as explored by Arjan Harbers and Kristin Jensen in their case studies on Ceuta and Gibraltar. Teddy Cruz – in his article “Cross-Border Suburbias” – describes such relations between border cities as exposed landscapes of contradiction where conditions of difference and sameness collide and overlap. But the clash of different cultures and ideologies in two border cities of two different countries, which are located close to each other, can also evoke severe identity conflicts as is pointed out by Justin A. Langlois when he describes the suffering of the Canadian city Windsor under the influence of Americanization through its neighbor Detroit. The increase in such identity conflicts between border cities can even transform cities into urban ideological battlefields, where urban planning is utilized to gain political and cultural supremacy, as it is shown by Vesta Nele Zareh in her piece about the Architectural Cold War between West- and East Berlin.