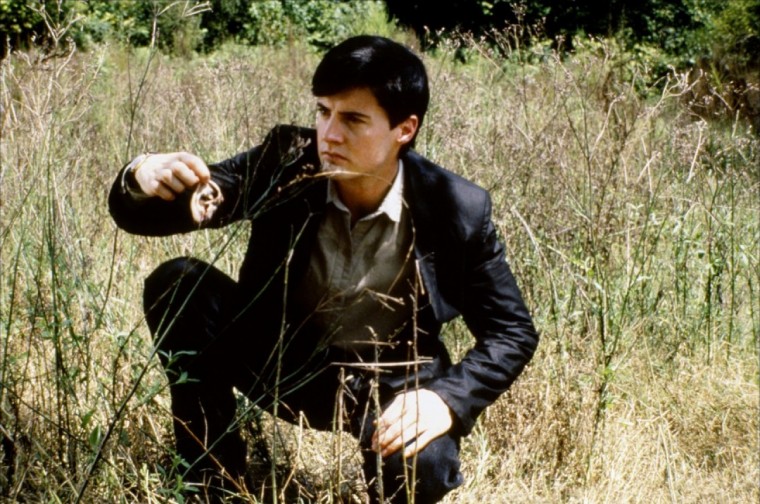 Image: Jeffrey returns to his home town from College to visit his father in hospital. On his way back from the hospital he happens to find a severed ear in the overgrown fields behind his home. Blue Velvet (1986), David Lynch. ©De Laurentiis Entertainment Group

Some six years ago and in one of our first issues – MONU #4 – one of the contributors explained “how suburbs destroy democracy” when people live in high degree of residential and cultural isolation and individualism. By that time he could not have forecasted that a few years later a revolutionary wave of demonstrations and protests in the Arab world would be kick-started and organized mainly through the internet and especially through social media, obliterating the idea of the necessity of spatial connectivity for political engagement. The so-called Arab Spring has provided evidence that the ability to communicate and organize through interconnected networks and especially through web-based technologies has the power to liberate suburban and non-urban areas from being disconnected from any political, social, and cultural life – terms that are usually associated with cities.

This will have tremendous consequences for the dichotomy between the urban and the non-urban, for the definition of urbanism itself, and for the way we distinguish non-urban and rural areas from urban areas as the chasm between the urban and non-urban will in fact not deepen, but actually tighten. Commonly used antonyms within the non-urban discourse such as urban-rural, diversity-homogeneity, connectivity-isolation, tolerance-intolerance, sin-virtue, decadence-purity, perversion-normalcy, falsity-truth, or danger-safety are ultimately challenged and have to be re-thought and re-theorized. While during the last decade most of the people have become fascinated by, and began researching into, the vast population growths of cities and their consequences, everybody got so excited that it was forgotten that even now half of the world’s population is actually living in non-urban areas.

This new issue of MONU magazine will investigate how non-urbanism may be defined and identified today and how non-urban areas interact with and relate to urban areas. How can, for example, American non-urbanism be distinguished from non-urbanism in Europe, Asia or elsewhere? And how does the non-urbanism discourse relate to the one of anti-urbanism with its fear of the city? Who will be, for example, the future inhabitants of the vast, deserted rural areas in Asia? What is going to happen with those spaces after the exodus anyway? Or are non-urban areas today perhaps merely disguised cities with a lower population density and without the particular administrative and legal status typical of a city? Or can non-urban spaces still be perceived as previously, only with different inhabitants who just don’t live up to the established clichés any longer? But once we dismiss the idea of non-urban areas as cultural backwaters and reject the ‘pastoral myth’ of the countryside, should we then study them as areas that offer exciting, new possibilities for life and as spaces of resistance to normativity?

To discuss what non-urbanism might mean today, this call for submissions for MONU #16 invites sharp texts, topic-focused interviews, data-based research, critical analysis, provocative thinking, revealing photography, conceptual artwork, and overwhelming infographics on the topic of “Non-Urbanism”. Abstracts and ideas of 400 to 700 words, and images and illustrations in low resolution, should be sent together with a short biography and a publication list to info@monu-magazine.com before December 31, 2011. MONU #16 will be published in April 2012.