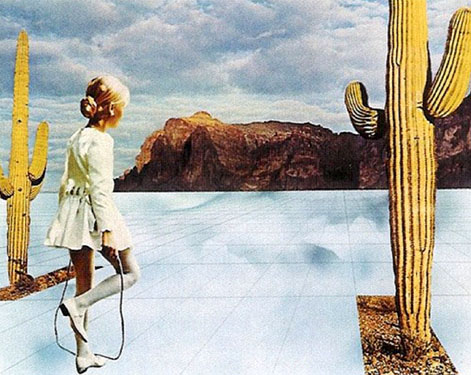 Could geography, by which we mean the physical geography and in particular the natural geographical features such as landforms, terrain types, or bodies of water that are largely defined by their surface form and location in the landscape, be the last hope of the planet’s ever expanding, continuously transforming, and increasingly identical and indefinable urban territories to remain distinguishable and to gain a particular identity in the future?
Do hills, cliffs, valleys, rivers, oceans, seas, lakes, streams, canals, or any other kind of geographical feature have the power, in an ever more globalized world in which progressively cities and their architecture look the same, to provide meaning and significance to places, their inhabitants, and users or will all such elements only contribute to an identity that is merely like a mantra as Rem Koolhaas predicted once in “The Generic City”?

For the French architect and urbanist Antoine Grumbach there is no doubt about the messianic quality of geography when it comes to cities, as he explained recently in an interview with us entitled “Unlimited Greatness” that was published in our last issue, MONU #19, on the topic of “Greater Urbanism”. In this interview he emphasized, for example, that one has to consider the importance of the geographic elements as tools for building identities and to root the identity of the megapolis. For him, rivers, coasts, and topographies are the key elements to organize a territory. He thinks that it is ultimately the physical geography that establishes a clear identity of a place. In the case of Paris, for example, the valley of the Seine or the plateau of Sarcelles determines her identity. Very simple geographic determinations that people, even children, can understand, so they know where they live.

Thus, this new issue of MONU aims to investigate and analyze the meaning of geography for cities in general and in particular for their identity. ‘What does geography do with cities’ and ‘what do cities do with geography’ are other important questions this issue will address. Might there be a “Geographical Urbanism” that ultimately unites the physical geography and the human geography as well as the natural geographical features and the artificial geographical features into one new powerful whole? And could such a “Geographical Urbanism” lead to a new and more authentic attitude of cities towards nature and create new urban forms?

To explore what “Geographical Urbanism” could be, this call for submissions for MONU #20 invites analytical essays, groundbreaking research, cutting edge projects, revolutionary photography, innovative infographics, and pioneering strategies. Abstracts of around 500 words, and images and illustrations in low resolution, should be sent together with a short biography and a publication list to info@monu-magazine.com before December 31, 2013. MONU’s spring issue #20 will be published in April 2014.

↑↑ Image above: The Distant Mountain, Superstudio, 1971