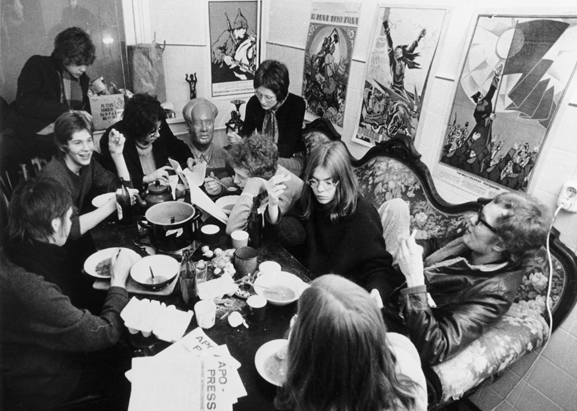 From MONU website, by Bernd Upmeyer, Editor-in-Chief, November 2012: One of the most fascinating things we at MONU recently experienced during a trip to Brasilia had nothing to do with its famous Oscar Niemeyer monuments or the city itself, but with the context surrounding the city.
After two tiring days in the city and having read in a guidebook that in certain regions around Brasilia extra-terrestrial contacts are supposed to be more likely, which provoked the emergence of a number of cults and communes, we decided to rent a car to visit those places. We headed around 50km to the east and ended up in the so-called “Vale do Amanhecer” – the “Valley of the Dawn”. What we found was a small town full of cult worshippers and so-called “mediums” wearing special robes in extremely bright colours who were considered the reincarnation of extra-terrestrial giants. But despite all the strangeness we witnessed a desperate need for community, collectiveness and a strong desire to live an alternative life sharing things among each other. Back in Europe we saw such a desire for a communal life recently reappear in several newly founded, contemporary communal housing projects in cities in Western Europe, whether in East-Berlin or Vienna to name but a few, but probably in other parts of the continent too.

This new issue of MONU aims to focus on contemporary communal living in cities in general and on contemporary communal housing projects in particular. Nevertheless, we are interested in the history of communal housing and communal living in general as well, whether in the Western world or anywhere else. The key questions we aim to answer are: what does communal housing look like today? What are the spatial requirements and how do they appear in cities spatially and formally? What kind of new typologies do they produce? What are the intentions and motivations of the people living in those contemporary communities? What is their economic base and how do they deal with issues such as property and rent? How do people organize themselves and deal with possessions and resources in general? How important is work and income within those contemporary collectives? What role does spirituality play in those communities? How is the common interest shared? What kind of people live in such projects? And where will it all lead to eventually?

To answer these questions and to find out what “Communal Urbanism” means today, this call for submissions for MONU #18 invites critical texts, sharp analyses, research studies, ground-breaking projects, historical reflections, photo essays, utopian designs, and descriptive infographics. Abstracts and ideas of 400 to 600 words, and images and illustrations in low resolution, should be sent together with a short biography and a publication list to info@monu-magazine.com before December 31, 2012. MONU #18 will be published in April 2013.

Support MONU Magazine’s global dialogue on urbanism and print and post this CALL FOR SUBMISSIONS POSTER for MONU #18 on the topic of COMMUNAL URBANISM in your faculty, institute, or in your communal kitchen.