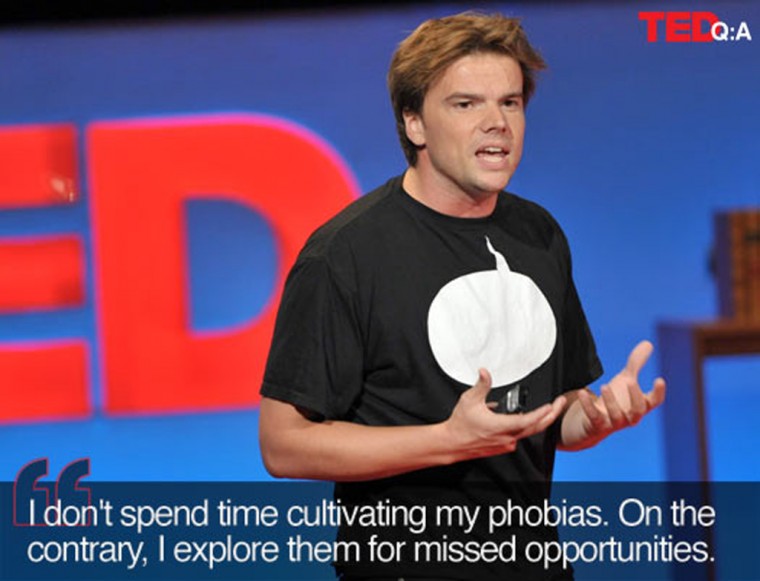 Bjarke Ingels is a Danish architect. He heads the architectural practice Bjarke Ingels Group which he founded in 2006.
In 2000 he co-founded PLOT, and co directed until 2005. Bjarke studied architecture at the Royal Academy in Copenhagen and the Escuela Técnica Superior de Arquitectura in Barcelona, receiving his diploma in 1999. From 1998-2001 he worked for Office of Metropolitan Architecture and Rem Koolhaas in Rotterdam.

Beatriz Ramo: In 2006, during the restructuring of your office, you changed your former name PLOT into Bjarke Ingels Group. That lead to a powerful word: BIG. However, the name “Group” is not very common for an architecture office. It is more common for big enterprises that usually work in completely different ways. Do you run your office like an enterprise?

Bjarke Ingels: It is actually well observed that group refers quite often to large corporations. But quite often architecture is “big business” too. The reason that you can succeed faster in other creative industries is that you are not responsible for such big budgets as you are in architecture. Clients are mainly institutional or large corporations or banks. It is clear that experience and solidity are a major part of it. What I like in the name is the double meaning: it is funny and provocative and at the same time it sounds like a big investment cooperation. (…)

BR: So your economic interests are focused on architecture and not on the management of the office.

BI: Since Sheela has taken over, there has not been a real crisis. Of course, once in a while, when the entire global economy collapsed… you can do nothing… like when we won the competition for the National Bank of Iceland…and the whole country went down! But essentially, since she took over I have been so much freer to pursue ideas.
But speaking of economics – this fall I’ll be doing an interesting collaboration between Harvard Business School and the Harvard Graduate School of Design. For the first time we are going to attempt to run a joint studio where economists and architects join forces on a project for Rio. Essentially to merge the tools of economics and architecture to come up with urban and architectural proposals that are profitable on the social, the ecological as well as the economic bottom line.
I am quite interested to see what the two professions can do for and with each other!

BR: Have you thought about investing in your own projects? Like being both investor and architect?

BI: Two architect friends, four musicians, and I, bought a public school that we turned into apartments. We could do 16 apartments, 7 for us and 9 to sell to make it more affordable for us to live there. We have seen how developers make massive money with our work. With this project, we might as well enjoy this a little bit for ourselves. But as we were just a bunch of architects and musicians and we were going to live there ourselves, we did not want to make any compromises. We never had any unpleasant meetings. So what in the end happened is, we bought the school at an auction when the real estate market was at its highest. We took it over one year later and started refurbishing it when the construction costs were at their highest. We put the nine apartments up for sale one year later when the market had collapsed. So it was the worst fucking real estate investment ever, and I’m never going to do it again!
I have a fantastic apartment and I love to live there but as a real estate investment, it was bullshit…(…)

BR: What makes Per an interesting developer?

BI: He is an interesting developer, because he is really a builder. He is an educated carpenter; and he has always been a contractor. And he is doing the construction management in the projects we do together. So the cool thing about him is that he really knows a lot about buildings. And that also gives him the courage to do the projects we have done together. He isn’t scared of the unknown. So people who cannot see and don’t understand construction, somehow have to stick to what they know much more than people who can actually navigate into unknown territory. So his background as a builder makes him much more of a creative developer.

BR: Was that the reason why you placed his face on the entrance to the VM 1 houses? Is it a way to keep developers happy so they give you another commission? (laughter)

BI: It is kind of funny. This happened during one of those moments when we really wanted to decorate the main entrances. It is like a Danish quote of Brasilia where you have those Brazilian ceramic tiles on the base and the floating modernism above. I tried to suggest it and Per didn’t really want to listen to it. He said: ‘…forget about it I’m a developer and not a gallery holder!’.
Then I had dinner in the Arne Jacobsen Hotel Royal on the top floor and there was a painting on the wall. I asked the waiter what it was and he said that it was a painting of Alberto K. (Alberto Kappenberger was the director of the Hotel when it was built) and it was painted by Arne Jacobsen himself. I really like the story of the great Danish modernist Arne Jacobsen, who, as a renaissance person, honours his client with this portrait.
I think it is funny, but not in the way that I’m laughing about them. The situation itself is funny. What I really want to say is that they fucking deserved to have their picture on the wall! They made it possible for us to develop the VM houses. And apart from that, it also makes the building much nicer. It’s not just art, but celebrates the guys who really built the houses. Authentic in an old school sort of way. (…)

BR: I have the feeling the Scandinavians have a more relaxed sense of humor to accept these things…
I also would like to ask you about your Scandinavian background.  We all know IKEA and the way they work. They make good designs, not only affordable in terms of money, but in concept and understanding.  In a positive way, I could see your office as the IKEA of architecture. You made avant-garde design more accessible You seem to have found a way to communicate easily and clearly with your clients and the people in general. Does the fact that you are Scandinavian have anything to do with it?

BI: Do you know Stefan Sagmeister, the graphic designer from New York? He is working on a movie called; ‘The Happy Film’. He made a TED-talk 2 on design for happiness. He is teaching at Parsons in New York. During the first assignment, the students have to make a design that touches someone’s heart. He is a world famous designer, and you might expect that he only talks about really abstract things. But he talks about how to touch someone’s heart, a very romantic idea. Usually, I’m fascinated by the bad guys in movies as much as anyone else. But our role in architecture is somehow to try to observe how human life evolves and to make sure that the buildings and cities that we design form a framework that fits the way we want to live and not the other way around – forcing people into structures that don’t fit them

BR: This is very much the approach of IKEA. You can see that when you watch people enjoying the showroom apartments. It looks simple, but nobody else has managed to create such a thing.

BI: The structures and organisation in the world around us are constantly changing and developing. The social, economic, political, and cultural conditions are changing. Whenever we intervene as an architect we have a chance to turn the invisible structures into a physical form and that demands a lot of genuine interest and care and respect for the fact that architecture isn’t only for architects. It is actually a framework for everybody. I’m much more inspired by the profane and ordinary events of human life then by artistic or aesthetic discourses. (…)

BR: How did you get the project of the 7 mountains of Azerbaijan?

BI: It was basically a straightforward commission. We took the client on a tour through the office and we took him to see The Mountain project 3, and the LEGO houses… and he basically said; ‘…we should have seven of those on the island!’. 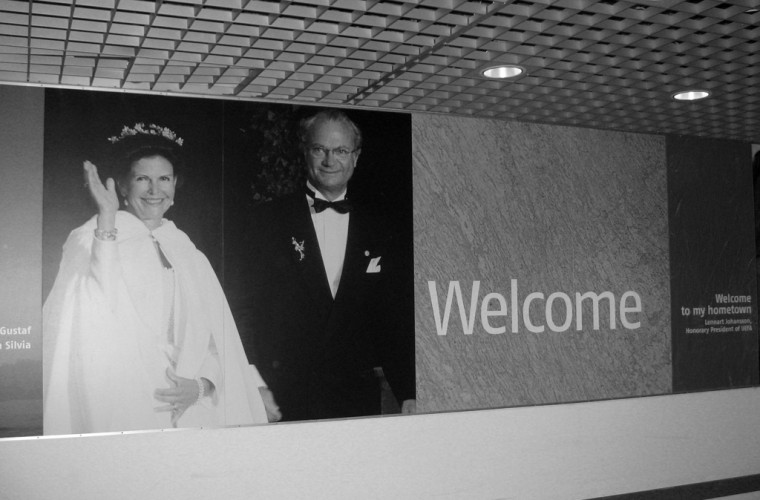 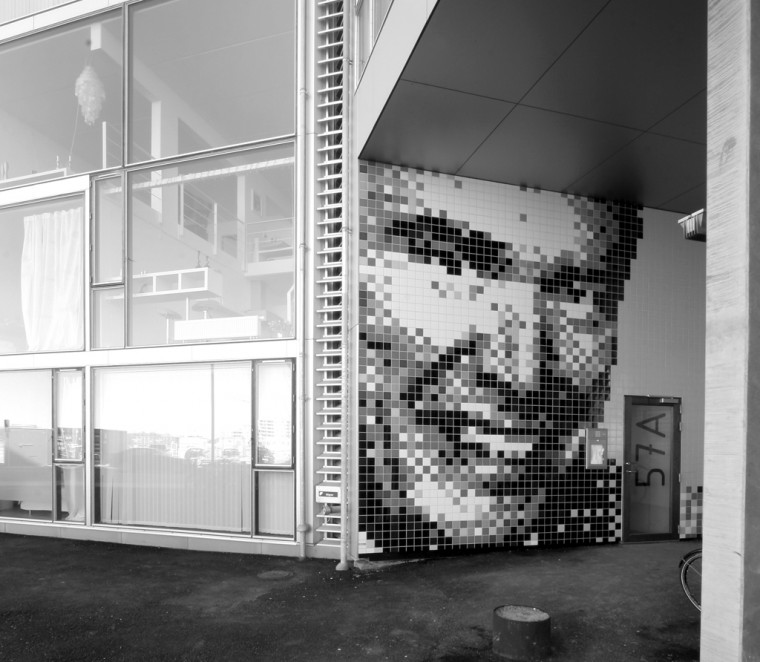 The face of the developer on the entrance to the VM houses photo: Jimmy Cohrssen