Thanks for Making O’Mighty Green a Success 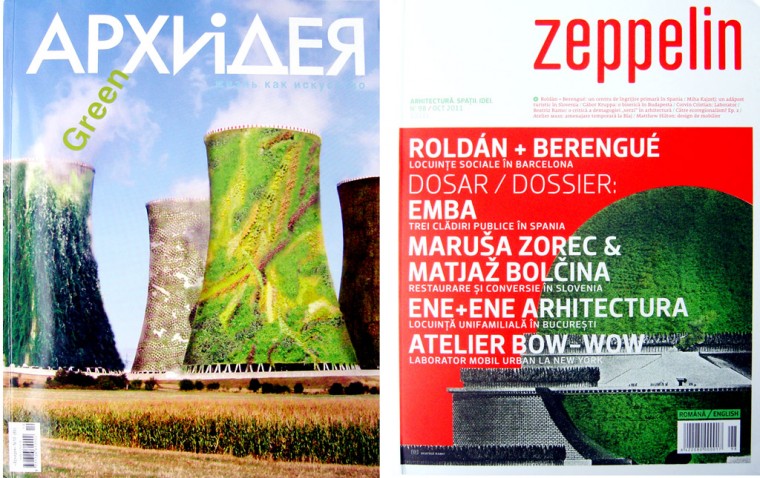 It has been almost a year since the first publication of O’Mighty Green  and I would like to thank everybody who supported it and found it relevant enough to dedicate some space to it in their magazines, blogs, or newspapers. You all have contributed to make it a great success. I am happy to see that, in spite of it being a critical piece, O’Mighty Green found its way and generated in many cases an interesting and intense debate. O’Mighty Green criticizes strongly the opportunistic confusion between Sustainability and Greenery and aims to enlighten the current disorder among architects that keeps making it so difficult to achieve a real Sustainability.

I thank all the many constructive critics: positive and negative.

I thank all the editors who translated our critique for their magazines into Serbian, Bulgarian, Ukrainian, Portuguese, Romanian, Hebrew, Italian, Croatian, Basque and Turkish. We wrote O’Mighty Green it in three languages: English, Spanish and Dutch.

I thank all the magazines worldwide that published our piece: in Argentina, Austria, Bulgaria, China, Ecuador, France, Germany, Hong Kong, India, Israel, Italy, Lithuania, Mexico, the Netherlands, Pakistan, Paraguay, the Philippines, Portugal, Romania, Serbia, Spain, Sweden, Turkey, Ukraine, the United Kingdom and the United States of America. And I thank all the editors who, apart from publishing our piece, wrote an article about it as well.

I thank the International Architecture Festival Eme 3 for serving as a catalyst to translate our discomfort* about the alarming misunderstanding of Sustainability into a constructive critic, and for having exhibited it at the COAC in Barcelona in July 2011. We thank them too for giving O’Mighty Green an Honourable Mention.

*Our discomfort concerning the abuse of Green in architecture developed and was presented over time on various occasions between 2009 and 2010  such as the lecture Sodom and Gomorrah at the Seminar of Architecture&Thinking in Valencia, or at the Dark Side Club dinner in Venice, and illustrated in some of our architecture competitions. In 2011 ‘green-washing’ was one of the six topics I developed at the STAR critique studio God Save Architecture at the AAS in Tilburg.

I thank Llátzer Moix for choosing our image of the Environmentally Friendly Nuclear Power Plant to represent the Festival Eme3 in his article in La Vanguardia, one of the most well-established newspapers in Spain (print run: 230.000).

I thank Francesco Dal Co, editor of Casabella, for placing the article at the Editoriale of issue 804. (And I thank A.N. for writing me such a nice letter after reading it).

I also thank Thomas Weaver, editor of AA files, for inviting me to write a ‘presentation’ text for O’Mighty Green and for his meticulous and impeccable editing. (download it here)

I thank all the hundreds of blogs worldwide that have featured our piece on the Internet and the many ‘commentators’ who made it often the most discussed post of the month. Here are only some: Dezeen, Archdaily, Domus web, Abitare, La Ciudad Viva, Archined, ARQA, Architecten web…

I thank Anatxu Zabalbeascoa, architecture journalist and historian, who wrote a piece about O’Mighty Green entitled: Sostenibilidad a lo Lady Gaga on her blog at El País in October 2011.

I thank the jury of ARQUIA: Eva Franch, Martha Thorne, Ariadna Cantís, Francisco Cabrera, Ricardo Devesa, José María Ezquiaga, José Morales, Carlos Quintáns, and Rogelio Ruiz, for choosing O’Mighty Green as one of the 24 projects for this edition of ARQUIA PROXIMA -out of the 2841 registered entries.

I thank the magazines АрхИдея (Archidea) in Ukraine and Zeppelin in Romania for featuring it on their covers.

I thank everybody who was inspired by O’Mighty Green and invited me to share it in a lecture or an interview.

I thank Eva Franch from Storefront in New York for choosing our image of Il Monumento Continuo e Sostenibile for the online presentation of the Critical Halloween event last year. I found it very funny.

I thank Rodrigo Nuñez for using our images for the poster of the Debate Club at the CEU in Madrid.

I thank Adolfo Natalini for his warm letter after reading our text in Casabella, and for being an inspiration.

And I would like to thank the entire team that contributed to the realization of the O’Mighty Green image series, Francesca Rizzetto especially, but also Milou Wijsbeck and Babak Jabery from AAS in Tilburg, and Ahinitze Errasti and Beatriz González Lazo for the three new images of 2012; Maarten Doude van Troostwijk for his patient proofreading, and Ana Ramo and Ana López -Angulo for their funny suggestions for the videos, and Francesca again, for producing them.
And I thank Bernd Upmeyer for his essential editing of everything else. 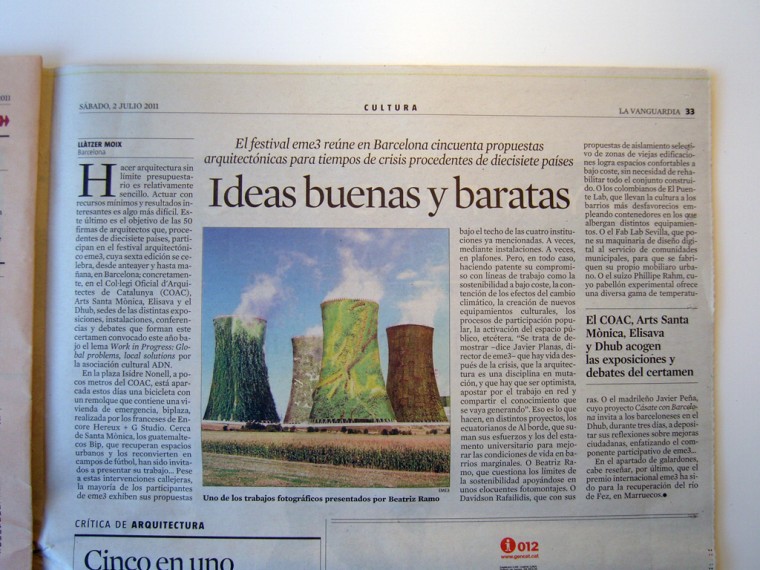 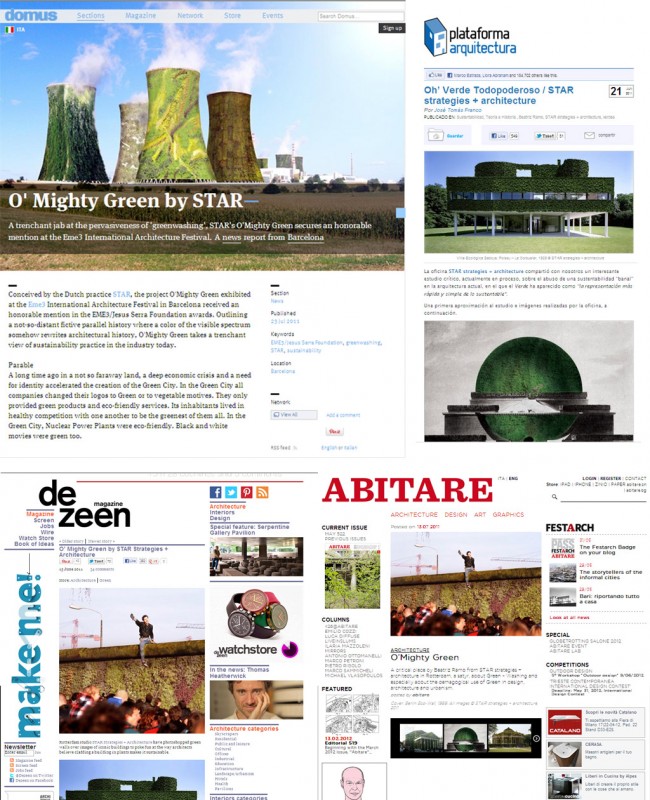 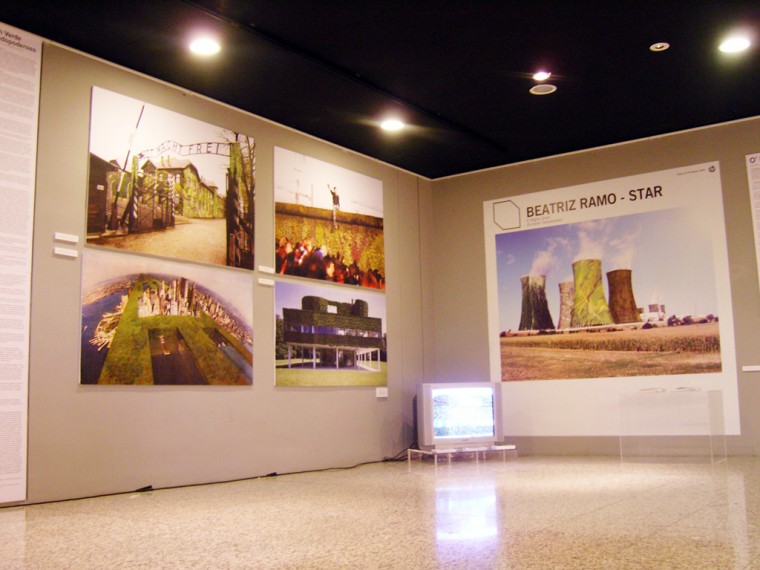 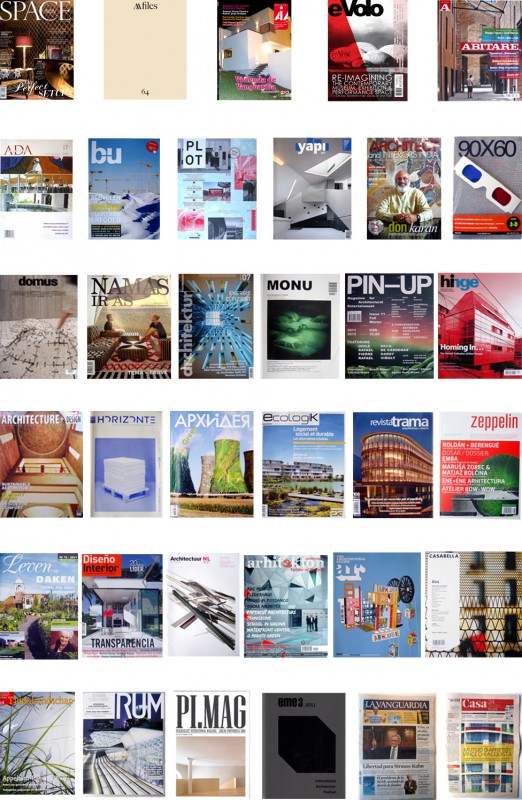